Luis Bunuel (“Viridiana”/”Belle De Jour“/”The Criminal Life of Archibaldo de la Cruz“)directs a restrained black comedy that targets the obsession of a aging man for a vulnerable young girl and takes jabs at the Catholic Church, high-society mores and hypocrisy, lust, old age death and deformity. It’sbased on the novel by Benito Prez Galds and written by Julio Alejandro and Bunuel. It’s set in the period between 1929 to 1935, in provincial Toledo, Spain.

Impoverished, lecherous, upper-class, anti-clerical, agnostic, hypocritical non-conformist, progressive Socialist–the elderly Don Lope (Fernando Rey)– becomes guardian to the beautiful teen orphan Tristana (Catherine Deneuve), whose mother recently died, and seduces her. Also living in Don Lope’s house is his hard-working housekeeper Saturna (Lola Gaos) and her misfit deaf mute son, Saturno (Jess Fernndez). Though progressive on social issues, the hedonistic Lope has a reactionary chauvinistic attitude in his treatment of women. Lope lusts after the innocent Tristana, even though she wants only to think of him as a father. Soon Tristana meets visiting artist Horacio (Franco Nero) and runs away with him, but after two years turns down his marriage proposals and returns to live with Don Lope because she has a painful tumor on her leg. Embittered when her leg is amputated, Tristana continues to foil the aristocrat’s sexual advances but agrees to marry him. The church approves because it avoids a scandal of them living together in sin. Though the passionate Lope mellows in old age and treats her with kindness and has turned to religion for possible salvation, the unforgiving Tristana treats him with a vengeful coldness.

It’s the director’s most accessible film and still has his usual irreverence for modern society, the establishment and the Catholic Church. 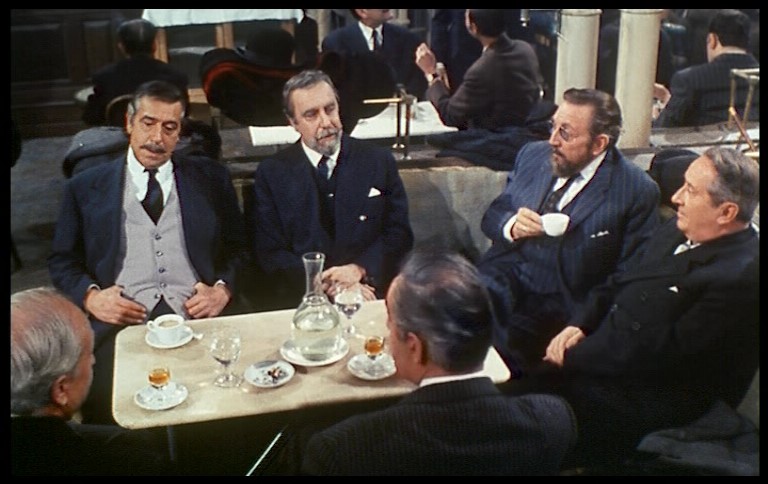