“Pepper is solid as the lead actor.”

A familiar spy thriller directed without favor by TV veteran Brad Turner (“This Must Be Santa”) and written without distinction in a heavy-handed explanatory manner by Michael Vickerman. The slight film feels like a made-for-TV action pic that concludes with an unfulfilling and inconclusive climax. It was filmed in a wintry Ontario, the film’s setting.

The title enigmatically refers to a trigger point, whose dictionary definition says is the parts of the body which actually trigger’s pain.

Nicolas Shaw (Barry Pepper), once a superspy, now lives a quiet life in hiding in a small town, in a secure country cabin. He was a U.S, special forces operative and a member of a vague spy organization called “The Agency.” He was captured by a criminal gang whereby he suffered a  loss of memory when tortured and drugged. This resulted in him supposedly (he just doesn’t remember) giving up the identities of eight of his colleagues and thereby ensuring their deaths.

When Monica Kane (Eve Harlow), the daughter of one of his surviving colleagues, his boss, Elias Kane (Colm Feore),  goes missing, and the same ones who snatched him have snatched her for snooping on them, the disgraced retired military man gets a chance to redeem himself and goes after her–but to do so needs to remember the past, as to where he was taken when captured.

He’s the only one with a chance of saving her because he knows the identity of the elusive crime boss Quentin (Karen Robinson)—the person who may or may not have been responsible for hiring Fiona Shaw (Laura Vandervoort) to do the killings.

It’s a talky film, whose best action scene is a shootout in the greenhouses amid a cornfield in the country.

Pepper is solid as the lead actor. But everything weakens for the forgettable spy film when compared to a John Wick flick. 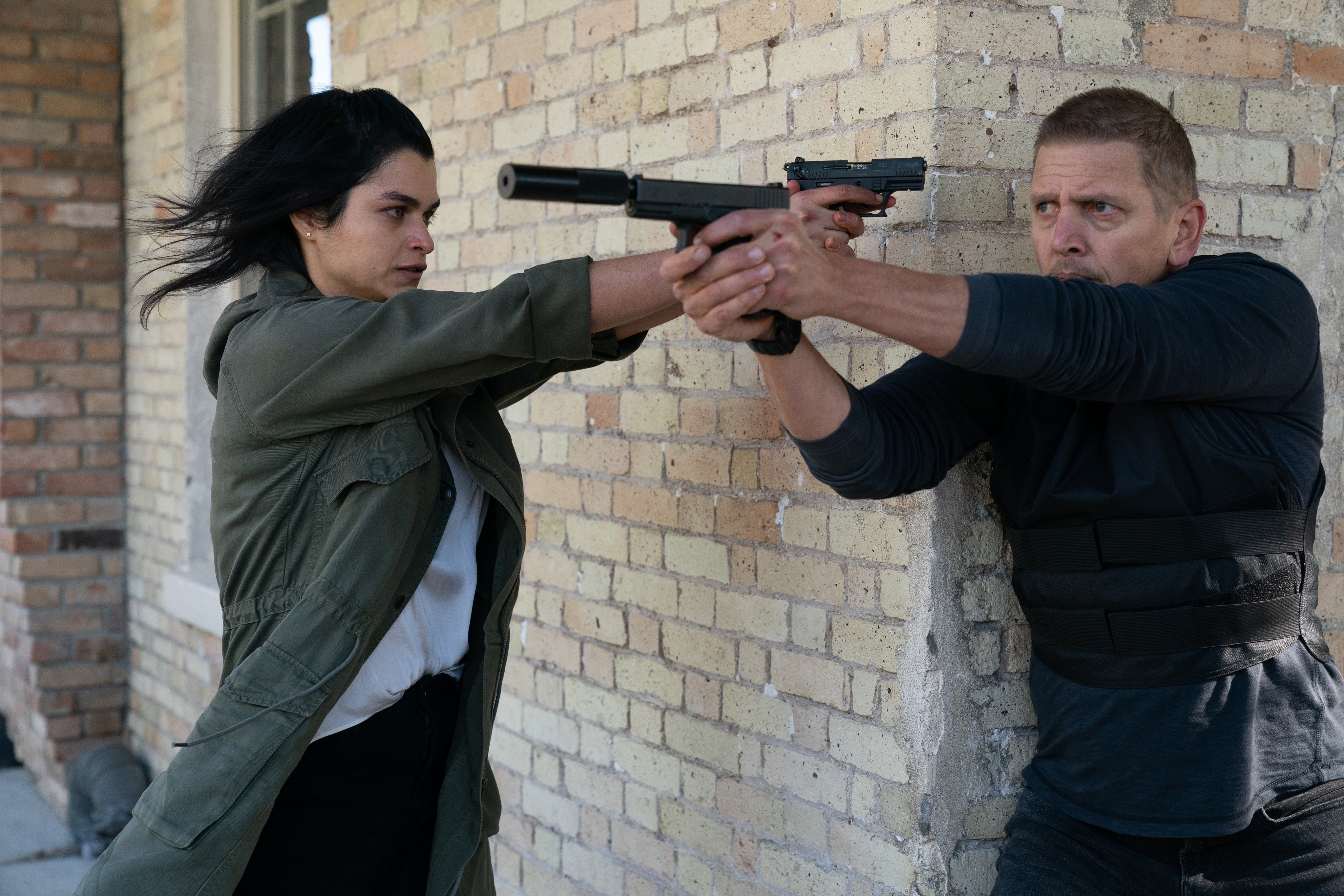 KILLING OF A SACRED DEER, THE