“The puzzling tale about resurrection that brings on controversy to those of the Orthodox Jewish faith, has its chilling surreal moments.”

The title is derived from the Hebrew word for fixing. It’s finely photographed in high-def black-and-white. Writer-director Avishai Sivan (“The Wanderer”) keeps it arthouse mystical. The puzzling tale about resurrection that brings on controversy to those of the Orthodox Jewish faith, has its chilling surreal moments. It’s set in modern-day Jerusalem.The young bespectacled devout religious scholar Haim-Aaron (Aharon Traitel), the son of a kosher butcher (Khalifa Natour), is struck unconscious in the shower after a fall because he can’t deal with his boner. The paramedics can’t revive him. But his father can’t accept that his son is dead, and he violently interferes with the emergency workers by applying chest compression. When Haim suddenly awakens from his death experience and no longer needs glasses (I can see again), it eerily changes both his life and his father’s. The father is guilt-ridden that he defied God’s will, while the Yeshiva student loses his faith and leaves school to wander the streets at night until he hitch-hikes to Tel Aviv to find a brothel to relieve his sexual repression. The filmmaker dares to confront Jewish doctrine. Though the provocative conflict is well- presented, its conclusion leaves too many doubts about this experience to get a clear grip on what the filmmaker is really trying to say. It was the winner of the Locarno Special Jury Prize, and also won Best Israel film at the Jerusalem International Film Festival. 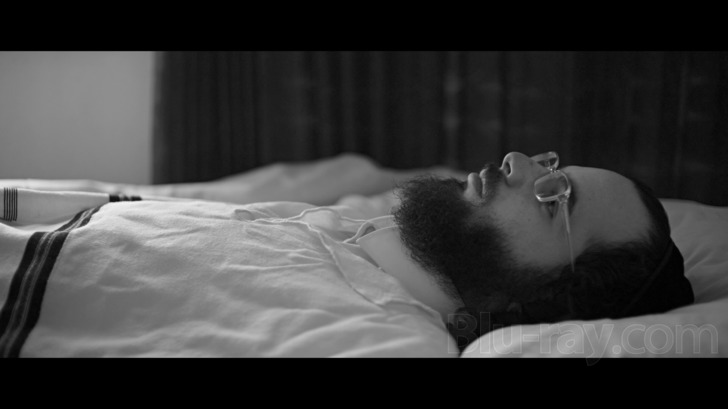 ONCE UPON A TIME…IN HOLLYWOOD