“Not much materializes that is worth hearing.”

An inane sex comedy helmed and written by Stephen Verona(“Boardwalk”/”Pipe Dreams”/”The Lords of Flatbush”). It’s based on the novel by Mike McGrady.

Paul Barton (Stephen Shellen) is a sociology student in LA working on his master’s thesis. The lonely and unethical Paul puts video cameras behind two-way mirrors at a sleazy motel to secretly record what goes on between couples when they are alone. While filming on campus Paul is smitten with French coed Jeanne (Marie Laurin), and ventures out to discover the meaning of love through his own experiences. Though Jeanne‘s attracted to him, his love affair with his camera over all else turns her off and she dumps him to sleep with another.

Shellen gives a manic performance as someone creepy, who makes you uncomfortable watching him operate. Verona shoots for exploitation cheesecake sex and titillating sophomoric comedy instead of really probing his subject for something more than cheap laughs, and as a result not much materializes that is worth hearing. 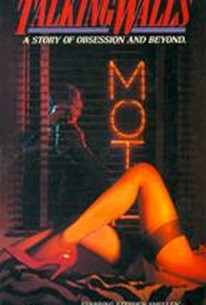