A feel-good true story about the middle-class Syrian sisters leaving their war-torn country to seek freedom in Europe as refugees. The Welsh-Egyptian writer-director Sally El Hosaini (“My Brother the Devil”) and the writer Jack Thorne bring to light the inspirational tale and include both the hardships and joys the girls went through in their flight. It’s based on the 2018 autobiography “Butterfly: From Refugee to Olympian” by Yusra Mardini.

In the suburbs of Damascas, in 2011, Ezzat Mardini (Ali Suliman), the father of his daughter swimming top prospects, sits by his house pool and tells his friends that he will be the swimming coach for his two young daughters, the younger and more promising one, the studious 12-year-old Yusra (Nathalie Issa), and the older and more rebellious one Sara (Manal Issa, Lebanese actress), and train them for the 2016 Olympics in Rio.

In 2015, the sisters flee their country’s civil war to relocate in Germany, striving for a better life, as they are accompanied on the perilous boat  journey that cuts through Turkey, by their young adult DJ cousin Nizar (Ahmed Malek). When the boat’s engine conks out and begins to flood on the Aegean, near the Greek island of Lesbos, Sara jumps in the freezing water using a rope to pull the boat to shore on the island and is soon helped by her sister. Their heroic efforts prevent a tragedy. But on Lesbos the natives are tired of so many refugees stopping there on their way to Europe, and they are roughly treated.

The dreams of swimming in the Olympics appear over for the 17-year-old until she meets a concerned Berlin swimming coach (Matthias Schweighöfer), who gets Yusra to swim in Rio for a newly formed refugee team instead of for her own country.

All goes well for the drama until the finale when Steven Price’s victory music and loud cheers from the crowd overwhelm the film with corn, something the solid drama could have done without. 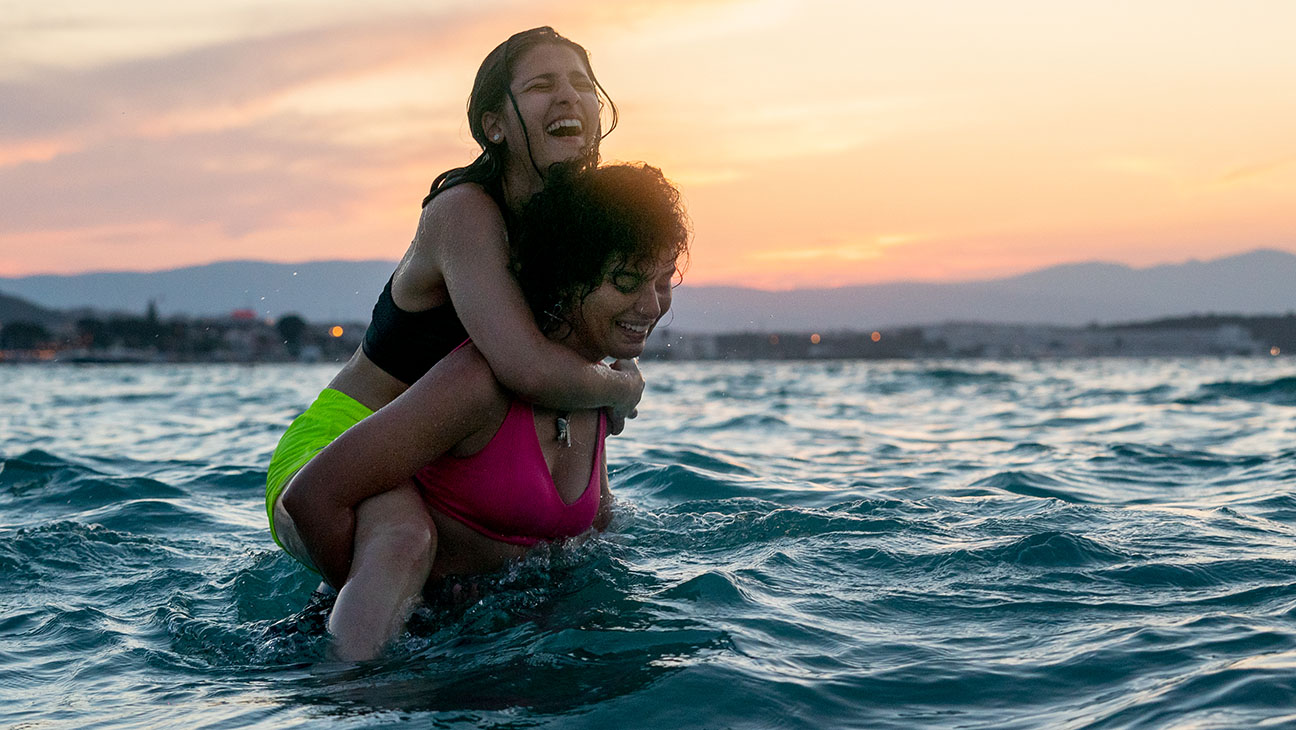