“Though at times lacking action, it still is a well-conceived film that justly serves as a moving tribute to its low-key hero.”

Clint Eastwood (“Mystic River”/”American Sniper”) competently directs this superbly crafted film on a modest hero pilot. It’s the real story that made the headlines on January 15, 2009, when two engines on a US Airways jet malfunctioned upon takeoff from LaGuardia Airport due to an attack by a flock of Canadian geese and Captain Chesley “Sully” Sullenberger, (Tom Hanks) made an emergency forced landing on New York’s chilly Hudson River. Writer Todd Komarnicki keeps the screenplay taut and tense as best as he can, as it dramatizes how the ‘everyman’ hero saved all 155 passengers and crew aboard by utilizing his 44 years of flying experience to make an outstanding landing. The screenplay is based on Sully’s book “Highest Duty,” written with Jeffrey Zaslow.

Sully and the first officer Jeff Skiles (Aaron Eckhart) were immediately investigated by the National Transportation Safety Board, who claimed he could have returned to LaGuardia or a nearby airport and not risked the danger of landing on water.

Most of the film is set in the chamber of the investigating committee during its hearing, which makes for dry cinema that unfortunately can’t be avoided. The film tells us the hearing took place immediately, but reality tells us it took place 18 months later.

Though at times lacking action, it still is a well-conceived film that justly serves as a moving tribute to its low-key hero. Tom Hanks is perfectly cast, while Laura Linney as his supportive wife is just fine. The newspapers dubbed this event the “Miracle on the Hudson.” 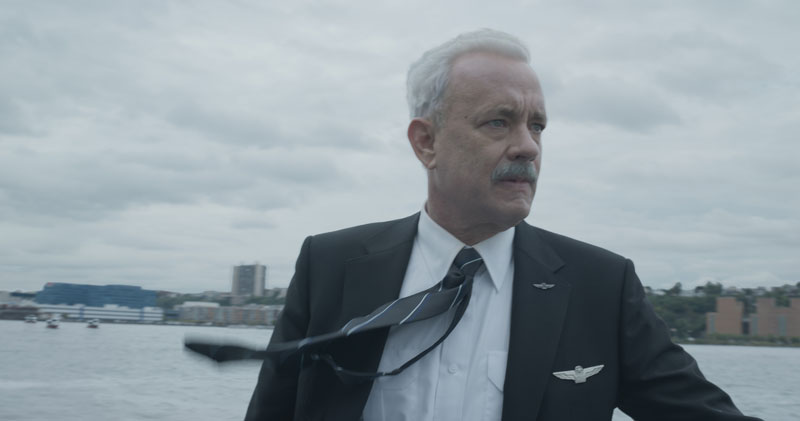