By the 1970s the popular and acclaimed black actor Sidney Poitier (“Uptown Saturday Night”/”Hanky Panky”/”Buck and the Preacher“)had turned to directing, and in total directed nine films. This tedious buddy crime/comedy pic teams again Richard Pryor and Gene Wilder, who starred in the smash hit Silver Streak (1976). In this one Bruce Jay Friedman’s unfunny script and the comics by now too familiar shtick, leaves much to be desired. Nevertheless the pic also did a big box-office.

The unemployed actor Harry Monroe (Richard Pryor)andthe unemployed playwright Skip Donahue (Gene Wilder) are respectively working temp jobs as a waiter and store detective in NYC, when both are fired on the same day. Looking for a sunnier climate, the unemployed friends flee by an old camper to Hollywood but go no further than Arizona. Working a song and dance act, dressed as huge woodpeckers, for a local Sun Belt bank promotion, they are arrested when the bank they’re working at is robbed by two guys wearing their stolen bird costumes. Sentenced to 125 years in prison, most of the film has the boys doing their lame slapstick act as they plan to escape. Unfortunately all the gags during their escape fall flat, leaving the film more or less inert.

Their dire situation should have produced more comedy, but stereotypical prison characters and their tiresome antics never amounted to much. The highlight is Pryor’s chicken dance to act bad when entering the prison, to show the inmates they’re not scared when they really are.

Prison scenes were filmed at the Arizona State Prison, where inmates were used as extras. 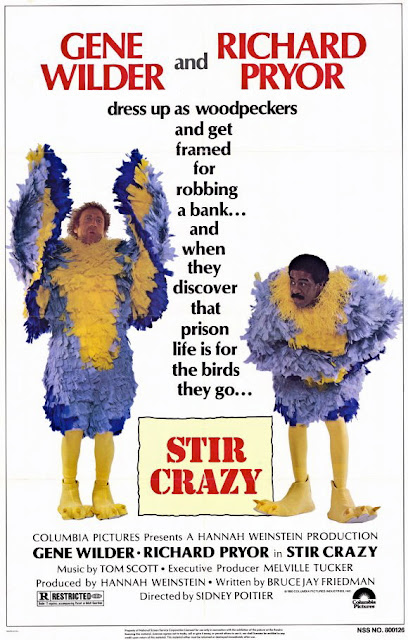