“My problem was it never hit a nerve with me.”

Phil Karlson(“Scandal Sheet”/”The Phenix City Story”/”Kansas City Confidential”) shoots this melodrama in black and white. It touches on such things as outlaw biker culture, drugs and racism. It’s based on the novel by Frank Kane and is written in a B movie paranoid mode by Alfred Brenner and Sidney Michaels.

In downtown LA, the suburban married visitors (Jeffrey Hunter & Pat Crowley) while using a payphone witness a teen gang, led by the sadistic Cowboy (Dennis Hopper), stab another teen to death. The citizen’s reporting of this incident to the police is the only one despite many other witnesses. It results in the gang terrorizing the good citizen and threatening him with violence if he testifies.

The melodrama gets wrapped up too neatly for my taste, as the eyewitness plays the gang members against one another and by using psychological warfare enables the police to capture them.

At the time of its release, crime was a major problem in the big cities and witnesses were often too afraid to testify. This topical film struck a nerve with the public and it resulted in a box office hit. My problem was it never hit a nerve with me. 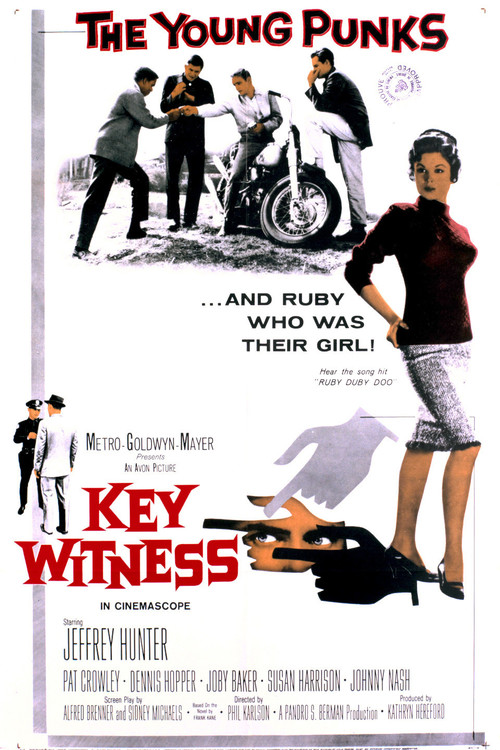