“This is a nifty puzzler for those who like to use their noodle.”

A great labyrinth plot, ala Hitchcock, as writer-director Mamet delves into the greedy corporate world and its nasty secrets of espionage and bitter competition. He dangles this world in front of us with all its perks and glitter and hopes for money being the big payoff for these corporate types. This nearly perfectly executed thriller never fails to surprise and it accomplishes this by telling an old-fashioned story without one explicit sex scene or one single curse word, earning it a PG-13 rating. The chink in the story’s armor is when you see how it ends, you realize it doesn’t add up. The fun seems to be in the telling of the story and not in the story itself making sense.

This is a masterfully crafted thriller for the ’90s and its new values and lingo. Steve Martin (that’s right, pal!) steals the film with his stellar performance mixing affable charm and dark mystery to hide his persona. The film’s theme incorporates how corrupting the corporate world is for a boy scout like Joe Ross (Campbell), who invented ‘The Process’ and just wants his share of what he earned by the sweat of his brow. This something, ‘The Process,’ is what should put him figuratively on ‘easy street.’ ‘The Process’ is a McGuffin, a Hitchcock invented term. It is something to focus your attention on without knowing what it really is. Its explanation for the movie is that it has something to do with a formula that can control the global market. But what Mamet really says, is that it’s greed that makes the world spin. This is pointed out when the board members of a company want to know how much they will earn from investing in it and Joe writes the supposed astronomical figure on a blackboard, which the audience is not privileged to see but is supposed to be impressed by it through the response taken from watching the widening eyes of the board members.

Joe’s boss, Klein (Gazzara), plays him along without telling him how much he will receive for his invention, which is making Joe quite antsy. While on a business trip to a fictitious Caribbean island that is supposed to be for the wealthy and Japanese honeymooners, Joe Ross meets a couple of folks on this island who will alter his life forever. One is a woman who says she is an F.B.I. agent (Felicity). The other is the mysterious rich man Jimmy Dell (Martin), who is seen departing from a boat and could have also come off a seaplane. When Joe takes a snapshot of Dell and the girl he is with, Dell offers to buy the camera for a $1,000. But Joe just gives the camera to him and turns down the money and a friendship starts.

The story twists and turns as Dell and Joe make plans to meet back in NYC with the innocent hero dropping off a package to Dell’s attractive sister, who Dell shows him a photo of to lure him into making sure they meet again. Joe is like those heroes in ’50s noir films who find themselves alone, fighting both the system and the criminal world. After meeting with Dell and figuring out that he’s been duped into opening a Swiss bank account and been made a member of a phony diner club, his world is turned upside-down. He is now being wrongly accused of a crime and is not able to find anyone to trust, except for his friend and company lawyer, Ricky (Lang). But the lawyer is found dead in his room, leaving Joe once again isolated and afraid. This pulls him very close to the audience as they identify with his situation, even if it is hardly possible that they themselves would ever be in such a position.

Joe’s the kind of hero who could be anyone in today’s workplace who doesn’t play the corporate game, and who doesn’t know that the first axiom in business is always do business as if someone is trying to screw you. So when he reluctantly teams up with Susan Ricci (Rebecca Pidgeon, Mamet’s wife), who is the new secretary in his firm, the audience can understand this weakness in him to be kind to others. He’s the outsider who made good in a world where the odds are stacked against him, but is now having the rug pulled out from under him. This makes him lose trust in people. Since he’s a people person he is drawn to Ricci. He sees in her someone whom he needs to confide in, even though he’s not attracted to her.

There is no point in giving away the story; that is, except to mention that “The Spanish Prisoner” refers to a scam. Mamet tells us it is the oldest scam in the books. In this film, it has nothing to do with Spain or a prisoner.

This tale is more frightening than a hundred recent action films put together. It is eerie because the innocent hero asks, during one of his low points: “Why steal what others worked for?” Mamet offers a plea for the corrupting influences of big business to stop their venal behavior, as he wonders why those who play fair always get eaten up by those who don’t.

It is a film that earnestly asks, “Why is it that nobody in this world is what they seem?”

And that is a question we can all relate to in one way or another as we are led along the same blind alleys Joe is, seeing the same things he sees, wondering if this Kafkaesque nightmare has a light at the end of the tunnel.

Has Mamet really ended the film by tying up all the loose ends and leaving us with the kind of ending we as an audience may have wanted?

And the answer is… Maybe. This is a nifty puzzler for those who like to use their noodle. Even the so-called tidy ending here might not be as tidy as it first appears, if you look carefully you will spot some loose ends. 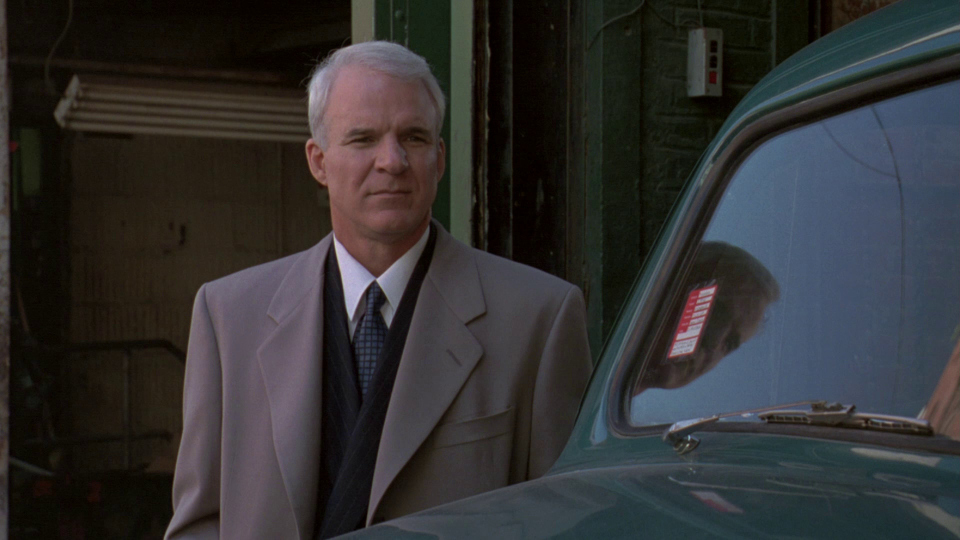