Charlie Chaplin (“The Pawnshop”/”The Rink”/”The Vagabond”)directs, writes and stars in his next to last film for Mutual, before moving onto First National. It’s a 20 minute short that was very popular (it appealed largely to Charlie’s urban working class audience), in a studio where Charlie has a very creative period as he honed his skills and developed both his character and innovative themes without opposition from the studio.

Coming to America by boat across the Atlantic, during the rough voyage, Charlie wins at cards and gets in the good graces of pretty fellow immigrantEdna Purviance by giving her impoverished ailing mother his winnings. In America, Charlie is roughly treated by the insensitive immigration officers and gets separated from Edna, as the immigrants are treated like cattle at Ellis Island.

Once allowed into America, the impoverished Charlie dines alone in a NYC restaurant with the coin he found in the street, but is unaware that his money fell out of a hole in his pocket. At the same restaurant Charlie runs into Edna and invites her to dine with him. The Little Tramp recovers that precious silver dollar coin he just lost only to lose it again. When the couple finish their plate of beans and Charlie is nervous as he needs to pay the tab to avoid a thrashing by the menacing head waiter (Eric Campbell), who just pounced on another patron because he was ten cents short. After Charlie comes up with the coin through trickery, the couple head to the marriage bureau feeling financially secure knowing that a famous artist (Henry Bergman), who was also dining there, hired Edna as a model. 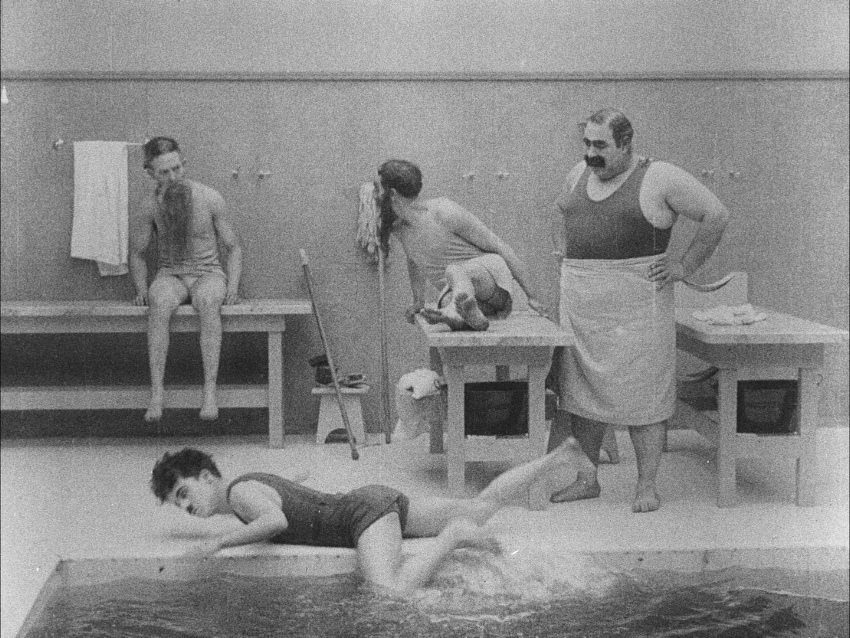