A watchable documentary on the Middle East’s first all-woman band.

Rita Baghdadi (“My Country No More”) directs this thoughtful but minor film about an all-girl punk rock band from Lebanon, Slave to Sirens, who dig metal music and use their platform to express their opinions on how their backward and unstable country is doing (a country suffering from political corruption, the 2020 Beirut bombing, and an economic crisis). Their thoughts are relayed to us in a voiceover by the bands co-founder guitarists Shery Bechara and Lilas Mayassi. Other members include the singer Maya Khairallah, bassist Alma Doumani and drummer Tatyana Boughaba.

The band has played together for several years and have perfected their style, but because their home country is rooted in their traditional music they have never become as popular as they believe they should have.

The main focus here is on the two guitarists (childhood friends), how they play with such passion and how they get along so well together despite some issues, the lesbian relationship between the guitarists and how they deal with a mostly close-minded Lebanon that’s resistant to change. They believe their type of music can be impactful in a country that doesn’t promote their kind of music because many of the young folks are ready for it.

It also shows a strained relationship between Lilas and her mom because she’s a lesbian.

We follow the band to a UK musical festival, where we see a little of their music (one of the film’s faults is that we don’t see enough of their music).

It doesn’t tell us much about the band, as it’s mostly about the friendship between the guitarists. Nevertheless it’s an enjoyable chick flick. 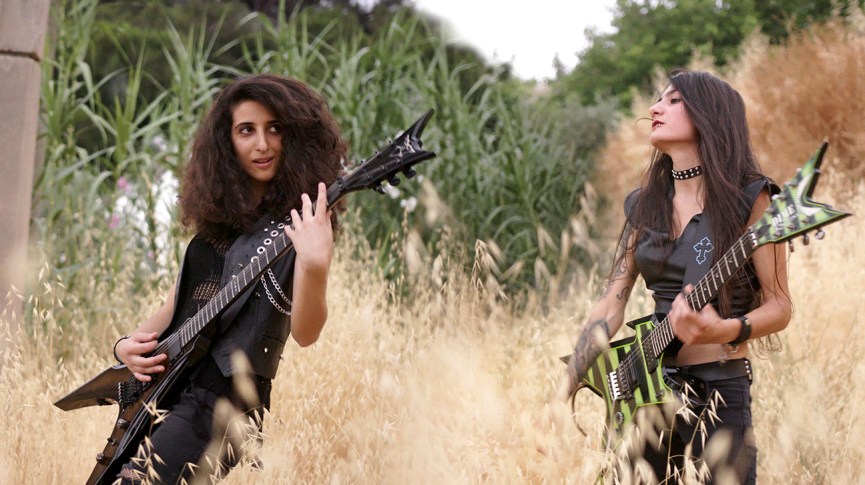