“Never makes its case why we should care about it.”

A wry and quirky thriller working within the familiar framework of the crime genre. It’s directed by Jeremy Kagan (“Heroes”/”The Chosen”), and scripted by Roger L. Simon and based on his novel. Perhaps it’s a letdown because it never makes its case why we should care about it, though it has entertainment value as one of those so-called cool private dick stories. The meandering political/murder story is about the children of the rebellious sixties who have become disillusioned with the revolution and have led compromised lives ever since their salad days. It remains entertaining as long as the focus of the story is on the former hippies, but once the twisty plot kicked in it became too enamored by how smart it was and left me feeling chilly about all the nostalgia tossed around (especially that seemingly phony scene of Dreyfuss watching on TV from his vantage point in the late 1970s a student protest demonstration from his college days in the sixties and becoming teary-eyed, which almost approximates the corny sentimental scene in Love Story).

Moses Wine (Richard Dreyfuss), in a Sam Spade role, is a former Berkeley student radical during the sixties who has lost his radical idealism and moved to Los Angeles to work as a private detective. He’s divorced from bourgeois liberal wife Suzanne (Bonnie Bedelia), who’s dating a smug New Age guru trainer (Ron Rifkin). Besides struggling to earn a living, Moses has a difficult time taking care on their visiting days his two young precocious boys he adores. Former college hottie girlfriend and classmate Lila Shay (Susan Anspach) surprises him with a visit after all these years and offers him a P.I. job for the liberal Hawthorne gubernatorial campaign. The cynical gumshoe accepts in anticipation of once again getting into Lila’s pants and finding a reason to live. Shady campaign manager Sam Sebastian (John Lithgow) explains that missing underground fugitive from the sixties, Howard Eppis (F. Murray Abraham), someone Moses once knew intimately, is sabotaging the campaign, and asks Moses to find him before the election — in four days.

The search leads Moses to rethink his past, as he encounters jailed for life underground fugitives (Kathryn Grody & Andrew Bloch), their lawyer (Nicolas Coster), the sinister industrialist father (Fritz Weaver) whose son financed the underground operation and paid for their defense fund, a Beverly Hills ad man who has a secret past and a radical Chicano group working to elect Hawthorne. The trail leads to the surprise figure who’s putting on the “big fix” in an effort to discredit the liberal candidate by waging a smear campaign through flyers, hiring a hit man to kill one of Hawthorne’s campaign workers and kidnap a Chicano supporter, and getting an Asian explosive expert to blow up the freeway. 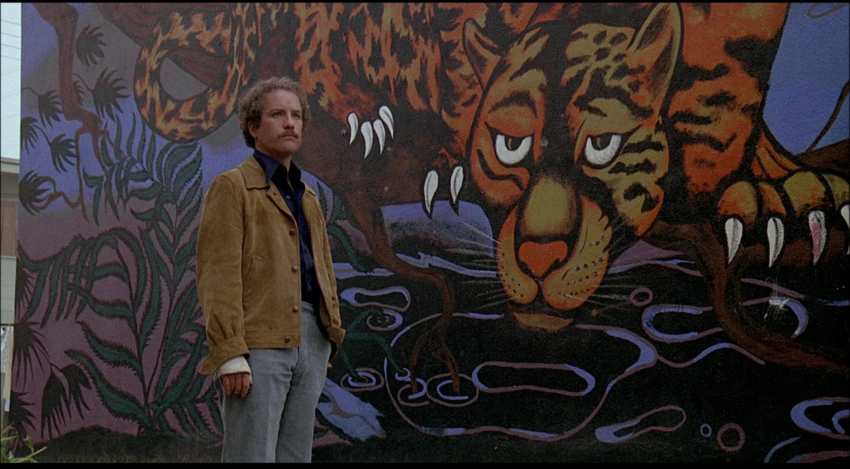