“It’s a cult-film venture, with its own built-in geek fan base.”

This is the debut feature for director-writer Joss Whedon, the creator of “Buffy the Vampire Slayer”. The film is based on Joss Whedon’s unsuccessful short-lived television show Firefly. Its odd blend of B-film and sci-fi workings (incidentally with a $40 million budget) include Western bang-bang elements, pseudo philosophizing, some Orientalia decorations, banal banter ala Star Trek and the usual Star Wars like space activities concerning the war between good and evil.

The stage is set as interplanetary travel has brought about colonization of the planets, and the planets are ruled by the Interplanetary Alliance. Captain Malcolm “Mal’ Reynolds (Nathan Fillion) and his peppery second in command, Zoe (Gina Torres), plus a stalwart loyal but rag-tag crew, are flying around in the Serenity some 500 years in the future hauling cargo and passengers. The so-called war of independence has ended in a universe filled with rich and poor planets, with the latter in bad shape. Mal fought on the side that lost, and now just scrapes by trying to survive and stay out of the path of the government.

The Serenity takes on board a brother named Simon (Sean Maher) and his teenage sister River (Summer Glau), who are fugitives wanted by the Interplanetary Alliance. River had been held captive in an experimental research government facility until freed by her brother and as a result of her captivity she has developed unbelievable combat skills and telepathic abilities. She has been altered by the experimental technology, leaving her emotionally unstable and valuable because of the secrets she possesses that the government doesn’t want exposed. That’s why the parliament sent its top operative (Chiwetel Ejiofor) to recover her. Mal and his intrepid crew also fear the Reavers, a cannibalistic zombie-like group of humans who hunt in packs and rape and kill their prey.

The crew of Serenity struggle for their survival to keep River out of government hands and their ship from being destroyed by the operative and his army. The crew also must question if River herself presents a greater threat than they can handle.

Though it’s well written (in the sense it has as good a script for its sci-fi story as any of the recent Star Wars films), its flat camerawork, lack of star appeal or appealing characters, perfunctory storytelling and trite dialogue that is funny without trying to be funny, the film, too often, stagnates in space.

It’s a cult-film venture, with its own built-in geek fan base, and with slim possibilities of reaching a wider mainstream audience. After all, the public rejected it when they could have seen it for free. 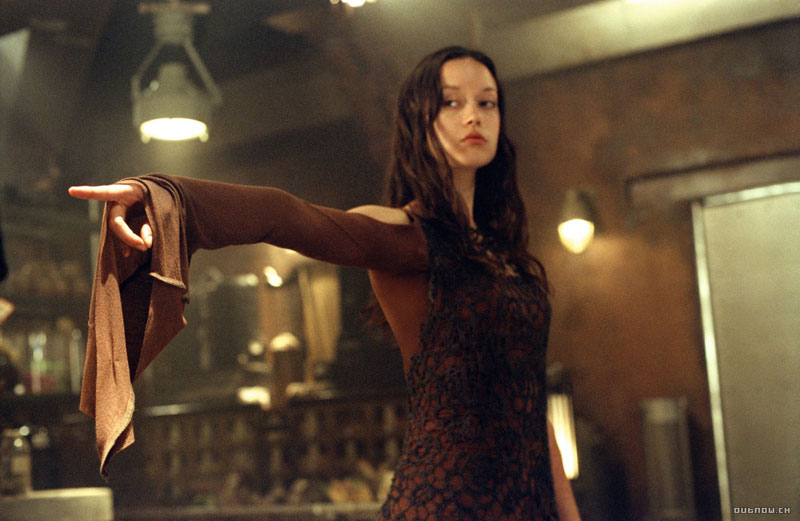