THE SENSE OF AN ENDING

“Works better as a book.“

Mumbai-born filmmaker Ritesh Batra (“The Lunchbox”), in his English language debut, helms a genteel but dour drama based on Julian Barnes’s 2011 Booker Prize-winning novel, that works better as a book. The title was taken from Frank Kermode’s 1967 book of essays about the strategies of fiction. It’s literately written by British playwright Nick Payne, who weaves a drama questioning how many of us live contented lives and what happens if we receive shocking news from the past when we are old and are not prepared for such news. The drama asks its main character to separate the truth about his life from the stories he tells himself about it–which may be fiction. This results in a chilling tale told through the eyes of the prickly Jim Broadbent character. The story veers back and forth from the flashback mode in the 1960s to the present, as it characterizes Tony Webster (Jim Broadbent). He’s a divorced senior citizen businessman, operating a vintage used camera shop in London while semiretired. It portrays him in his Cambridge student days as acted by the dashing Billy Howle. We observe the timid smitten youth as he courts the young Veronica (Freya Mavor), and how they bitterly breakup without ever sleeping together when his student friend and romantic rival Adrian (Joe Alwyn) wins her love. The grown-up unmarried Veronica is played by a daunting Charlotte Rampling. The past is stirred up for the divorced Tony, leading an old-fashioned life without modern hi-tech devices, when a letter informs him that in the will of the mother (Emily Mortimer) of his college girlfriend he’s to receive an emotional letter he sent from the past and the diary of his college friend Adrian-who committed suicide when a university student. When the cranky Tony tracks down Veronica, she coldly informs him that she burned the diary. Harriet Walter is a good match for Broadbent as his ex-wife, who still maintains a friendly relationship with him. Michelle Dockery plays Broadbent’s 36-year-old pregnant lesbian daughter, who bonds well with dad despite their differences. But, this is Broadbent’s picture, whose great sympathetic performance for such a bitter pill character makes things believable and endearing. It leads to an open-ended climax that asks the mature viewer to use their life experience to make sense of the imperfect ending on their own because the filmmaker, in a really fine adaptation of the novel despite its flaws, refuses to dumb things down to spoon-feed you what to think. On the hand, what the film fails to do is deliver a lucid and strong tale like the book. 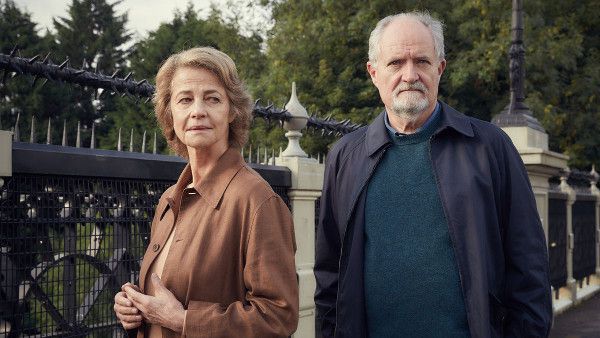