Director Harold Young (“Carib Gold”/”Citizen Saint”/”Spy Train”) took over when Rowland Brown was fired and does a credible job with this historical costume adventure tale. It started out as a 1905 play written by the Hungarian Barones Emmuska Orczy, who later wrote the novel. It was written by Lajos Biro, S.N. Behrman, Robert E. Sherwood and Arthur Wimperis. Producer Alexander Korda had tight control of the production and even directed several scenes, and he keeps it robust as an action packed hero tale and love story while eschewing painting the nobles as pillars of virtue.

In 1792, English aristocrat Sir Percy Blakeney (Leslie Howard) leads a double-life as an effeminate married man to the unsuspecting Lady Marguerite Blakeney (Merle Oberon) and is known only as “The Scarlet Pimpernel,” where he becomes a daring rescuer (using disguises) from the guillotine of French nobles during the Reign of Terror and brings them to safety to England. His biggest obstacle is the leading French citizen under Robespierre’s dictatorial rule, the sinister Chauvelin (Raymond Massey), who is the ambassador to Britain. Through his spies, Chauvelin discovers Marguerite’s brother is involved with the Pimpernel and threatens his life unless the identity of his nemesis is revealed. The plot machinations have the Pimpernel out-tricking Chauvelin to rescue his brother-in-law and the Count de Tournay and then reviving his marriage.

The popular film made Leslie Howard a big star. It was a noble effort: getting rich characters, good swashbuckler action sequences and sets, and good plot development.There were several silent films and it was remade several more times for film and TV. 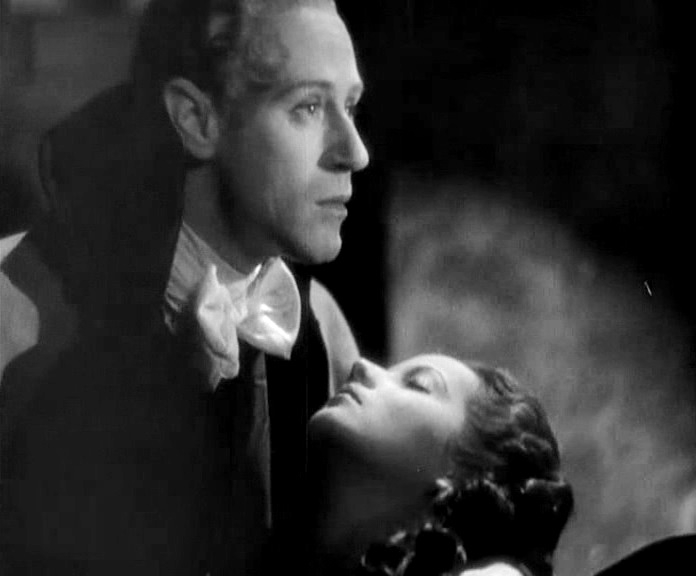