“It’s a heavy going film with great visual moments, but also can frustrate you by being so self-indulgent.”

Russian filmmaker Aleksandr Sokurov (“Moloch”/”Elegy of a Voyager”/”Taurus”) boldly adapts Gustave Flaubert’s Madame Bovary to the screen, keeping the spirit of the novel intact while setting it in 19th century Siberia. Yuriy Arabov writes the screenplay.

In rural Russia, the materialistic plain looking forty-something Emma (Cécile Zervudacki), mother of a neglected adolescent daughter, is the unhappy wife of a kind-hearted but buffoonish doctor (Aleksandr Abdulov) specializing in foot problems and doing blood drains. Emma shops regularly with the gouging flamboyant merchant (Viktor Palech) and has run up a large debt buying mostly junk from France. When hubby botches a clubfoot operation on his neighbor’s stable boy, his rep is shot and he goes into heavy debt. Meanwhile Emma gets off having a passionate affair with an aristocratic neighbor (Aleksandr Cherednik), but he deserts her to live in Rome. Emma takes on other lovers, including a possessive recent university grad named Leon.

Emma’s downfall reaches ground zero when the merchant tells her hubby of her large debt and the world-weary humiliated woman chooses to escape her seemingly unbearable dull life by swallowing rat poison.

It makes largely for an overlong and stiff watch, as Emma’a soul is constantly examined. We catch her on the way down, as her bad feelings about being in a one-sided loveless marriage grow incessant and that she can no longer bear living in a suffocating country. It’s a heavy going film with great visual moments, but also can frustrate you by being so self-indulgent. 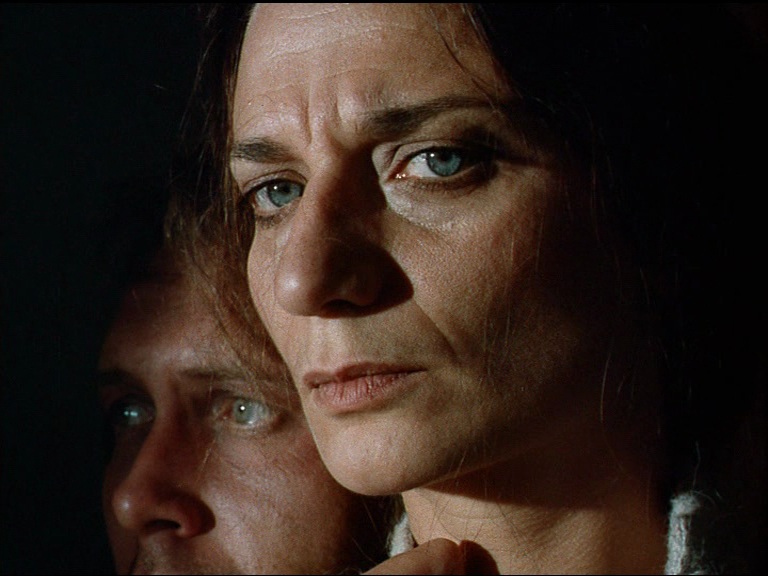