Predictable, mawkish and shallow relationship feel-good family drama directed and written by neophyte director Darren Le Gallo, a painter married to Amy Adams (the film’s executive producer). What makes it appealing is that the children of Oscar-winning movie legends Dustin Hoffman and Sissy Spacek are in the same film with their parents. The cutesy story has Dustin’s son fall for Sissy’s daughter while Dustin takes a shine to Sissy.

Even though the material is slight, there are a number of artful and adult-like romantic moments to hang your hat on.

The stoner chocolate factory worker, the 30-year-old Sam (Jake Hoffman), is the caretaker for his ill widower father, Bill (Dustin Hoffman), who lives alone in a small Georgia town where he was raised. There are seemingly no other Jews in town (it was filmed in Thomasville, Georgia)..

Sam is attracted to but rebuffed by the sweet bookstore owner Kate (Schuyler Fisk), who left town like Sam only to return to be with her mom like he did with his dad.

The foursome meet after a Christmas Eve service when Tina’s car won’t start in the parking lot and the handy Bill fixes it (and there’s your rom/com moment, as parents and children engage in a double romance).

Later in the film we learn the secret why Kate doesn’t date, as Sam and Kate find each other. There’s also some friction between son and his rough to get along with irascible dad that must be ironed out.

It premiered at the Austin Film Festival. 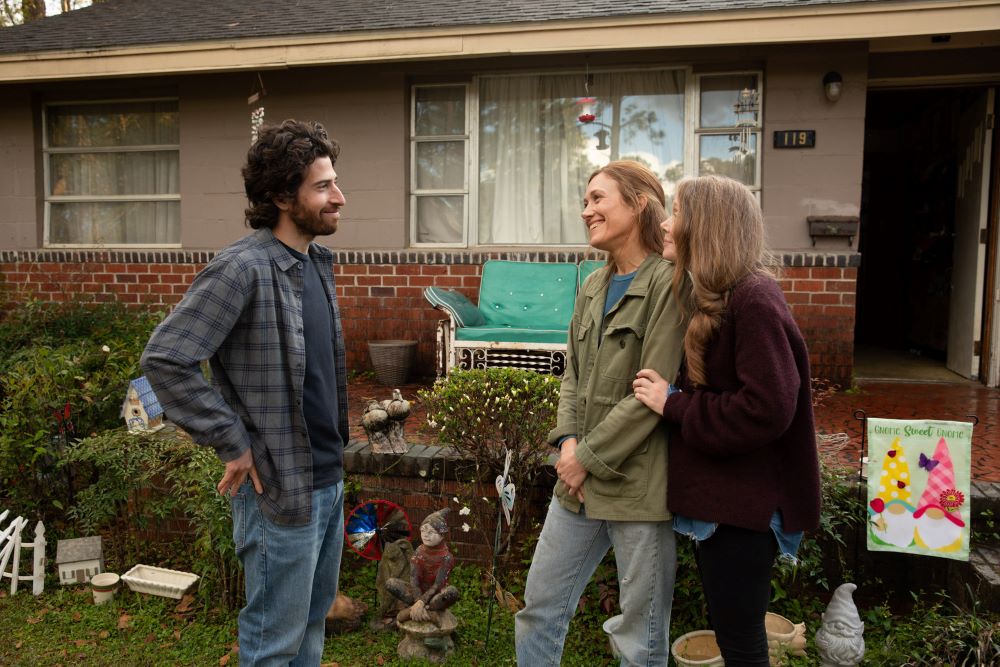