“A blend of an American western, drug trafficking thriller and occult horror pic.”

It’s set during the Guinea-Bissau coup d’état of 2003.

It opens as three mercenaries, known as the Bangui Hyenas, are on a mission in Dakar to rescue a drug cartel leader, his drugs and gold bricks. They escape together in their plane. But the plane’s wing has been damaged by sabotage, and they must land at the Saloum Delta. They bury the gold in the desert and make their way to civilization. On their travels they come across the hostile Baobab camp run by Omar (Bruno Henry). A mysterious mute woman, Awa (Evelyne Ily Juhen), at the camp, tells them in Sign language she knows who they are and demands to be taken with them or else will squeal to Omar. After departing, the group take shelter at a remote hotel. While trying to blend in with the other guests, the tension mounts when a local cop stops by the hotel.

The mercenaries: Chaka (Yann Gael), Rafa (Roger Sallah), and Minuit (Mentor Ba), are well known and popular figures in these parts. Their de facto leader is the cagey Chaka (his secret is that he’s there to kill the man who turned him into a child soldier), their strong-arm man is Rafa and the quiet and aged white dreadlocked one is the sorcerer Minuit.

Using the French-influenced Wolof language as the film’s main language, we learn that these heroes have forgotten their glorious past and must learn about it again or history will repeat itself. What follows is a muddled battle-field mixing a realistic war with mysticism, the supernatural and magic. The haunting revenge film tells us about today’s French West Africa, where the past and present cross paths in a disturbing way. 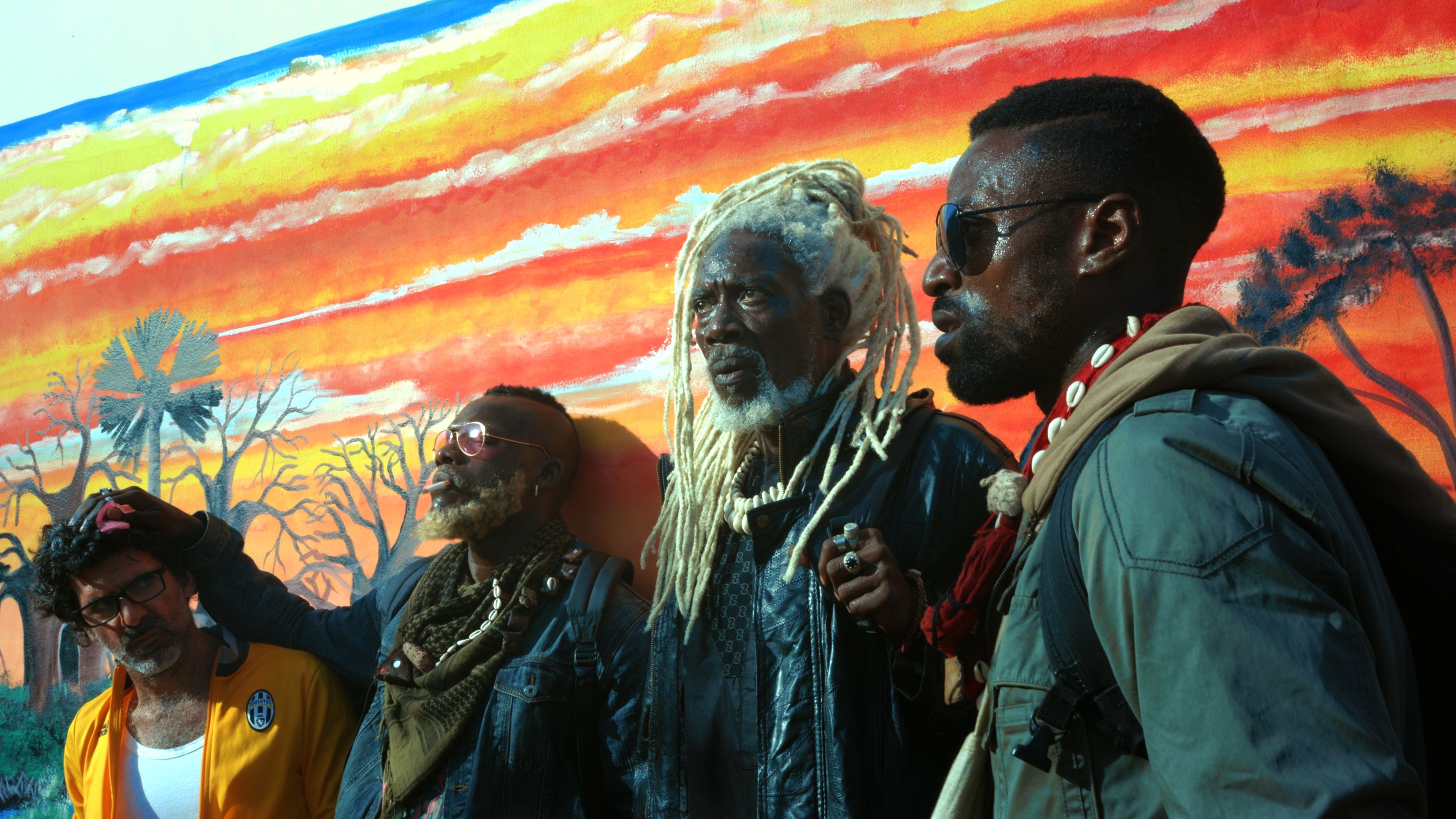 ON THE OLD SPANISH TRAIL