CALL ME BY YOUR NAME

A fine coming-of-age ode to first love based on the 2007 novel by André Aciman. Italian filmmaker Luca Guadagnino (“A Bigger Splash”/”I am Love”) brings out the film’s good vibes for understanding bi-sexual men. It’s adapted to the screen by James Ivory.

The sumptuous visuals of the Italian countryside by cinematographer Sayombhu Mukdeeprom are superb.

In the summer of 1983, in the pictorial 17th century villa, in the rural town near Lake Garda in northern Italy, the impulsive American 17- year-old musician Elio Perlman (Timothee Chalamet) meets 24 year-old Oliver (Armie Hammer, the great grandson of industrialist Armand Hammer), a visiting American graduate student, who assists his professor of Greco-Roman culture father (Michael Stuhlbarg) on a summer job. Elio’s translator wife (Amira Casar) is also there. Oliver and Elio find an attraction for each other, even though both have relationships with the local women.

Stuhlbarg, as the tolerant father, sets the tone for this intelligent and rapturous romantic film about books, culture and a sensitive gay romance. 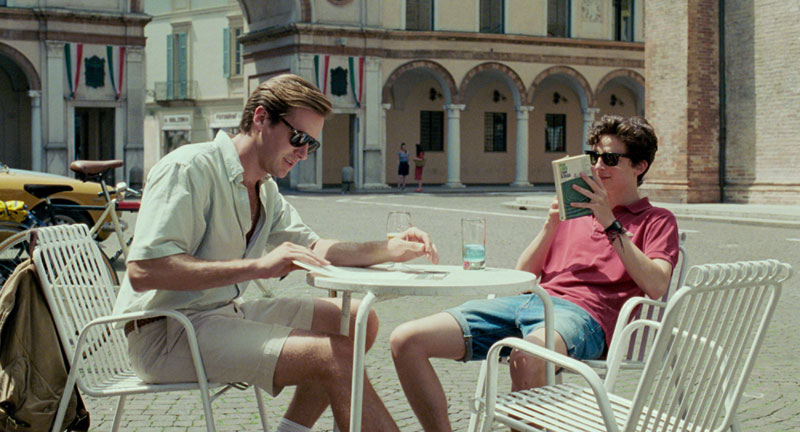 LIVES OF OTHERS, THE