“Difficult to watch without becoming overwhelmed with sadness.”

The filmmaker from India named Revathi (“Kerala Cafe”/”Mumbai Cutting”) directs this earnest but heavy going tearjerker melodrama in a way that I found difficult to watch without becoming overwhelmed with sadness. It’s written by Kausar Munir and Sameer Arora who base the story on a book called The Last Hurrah by shrikant Murthy.

It tells the true story of a young chess player (who was taught chess by his nurse) named Venky (Vishal Jethwa) who suffers from DMD – a rare but severe form of muscular dystrophy with no cure.

He died at age 24, in 2004. But he created a healthy national debate about euthanasia in India, something he fought for but was denied.

Throughout his illness his mother Sujata (Kajol) diligently cared for him. His doctor (Rajeev Khandelwal) had no treatment, but was sympathetic. His request for a suicide assistance death was denied at first by his mom, who changed her mind and supported him in his legal fight. The conversation about euthanasia never gets serious in all its details, as the filmmaker makes the film about Venky’s day to day struggles.

Vishal Jethwa delivers a fine grim performance that’s somber with a few laughs thrown in. While the empathetic lawyer (Rahul Bose) and feisty reporter (Ahana Kumra) both deliver warm performances. As my worldly Uncle Irving once told me, “I’ve got my own troubles, who needs someone else’s,” which is the way I think many will view this respectful but not too entertaining of a film. 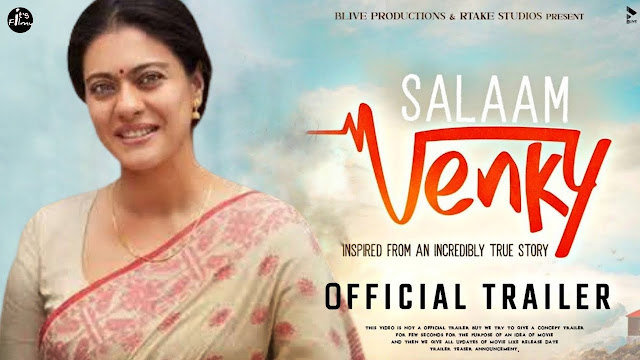