“Steckler strips it clean of any drama and concentrates solely on the killer tracking down his vics and strangling them, in a number of repetitive murders.”

Indie exploitation cult filmmaker Ray Dennis Steckler (“Hollywood Strangler Meets the Skid Row Slasher”/”Wild Guitar”/” Teenage Hustler”)in this oddball experimental film, with sparse dialogue and a slight story, focuses his attention on a psychotic serial killer, Jonathan Klick (Pierre Agostino), working the Las Vegas Boulevard during the day to get his women prey. The low-budget pic is made in a tongue-and-cheek sick humor fashion, without any pretense to art or conventional filmmaking techniques. Steckler strips it clean of any drama and concentrates solely on the killer tracking down his vics and strangling them, in a number of repetitive murders. If you get your jollies from watching the fear on the faces of attractive semi-naked women getting choked to death by a lunatic, then this pic has found its targeted viewer as it captures that ghastly moment better than any other pic I could think of off-hand.

After serving six years of a life sentence in a Nevada prison, confessed Las Vegas and Hollywood serial killer Klick is released by the incompetent judicial system on a technicality and immediately corpses of photo models, a secretary, a stripper and prostitutes start showing up in Las Vegas. At the same time, two low-life male muggers, Clarence and Jack (Ron Jason and Chris Cave), who love to make nasty sexist comments on the women they ogle on the street, start out robbing women of their purses, but then move up the crime chain by getting implicated in the strangulation murder of a secretary when they severely mug her boss and are identified by him.

The seedy grindhouse film devalues women as merely sexual objects and men loom only as exploiters of women. There’s no bright light in Steckler’s pic, a sleazy worthless film that’s so bad it’s even at the bottom end of his 28 film opus. 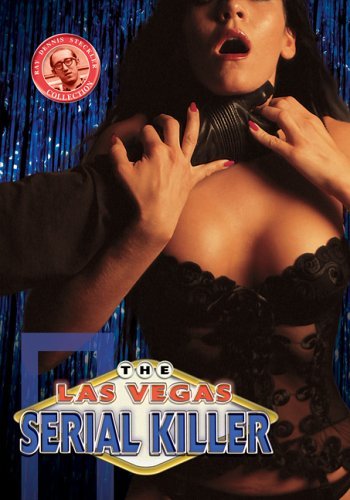