“A poorly worked out, gimmicky and convoluted film of the Saint operating on both sides of the law.”

A poorly worked out, gimmicky and convoluted film of the Saint operating on both sides of the law. It’s based on a story by Leslie Charteris and written by Ben Holmes. Director Jack Hively (“Laddie”/”Four Jacks and a Jill”/”Appointment in Tokyo”) doesn’t do much with the Saint as either a jewel thief or as a sleuth.

The Partner (Bela Lugosi), a member of a gang of international jewel thieves led by Boss Duke Bates (George Sanders), ships from Cairo a mummy to professor of archaeology, Horatio Bitts (Thomas W. Ross), in Philadelphia using the name Simon Templar. The purpose is to smuggle diamonds. Meanwhile private detective Simon Templar (also Sanders), known as “The Saint,” had been visiting the professor, his former teacher and his old friend. When there’s a murdered man, a diamond cutter thief, found later that evening in the professor’s yard, Philadelphia police Inspector Bohlen (Donald MacBride) investigates and brings along visiting ex-cop Henry Fernack (Jonathan Hale). They find a card signed by the Saint on the body saying ‘May all traitors die,’ and Bohlen hunts for the Saint as the killer.

The film goes into a long list of tricks played by Simon Templar and the villain known as the Boss, all of which are implausible and bring the story down a few pegs from the usual Saint mystery story. It all ends well when the Saint’s look-alike smuggler, who has impersonated the Saint, takes his medicine so the series can survive for another day. 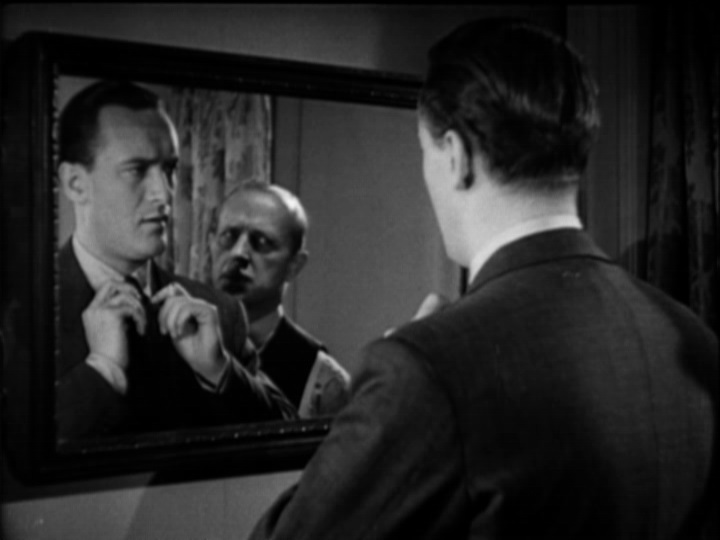