“I can’t think of one thing I liked about the film.”

In this less than routine thriller, the cops and a philanthropist are the bad guys while a gangbanger is the good guy. Emily (Russell) is an art restorer, currently working in the Mexican section of L.A. at a church. The divorced mom gets carjacked with her seven year old son Sam in the car, as she stops for the carjacker who poses as a cop. She’s wounded upon exiting, while the thief steals her car with Sam in it. When the police find the car, Sam is dead and the car incinerated. The police at first blame it on a Mexican gangbanger, but then find chemicals she uses in her art restoration as the material used to destroy the car and go to arrest her for the crime.

The incredulous story gets worst because when the cops go to her apartment to arrest her a Mexican she saw at the church, a former gangbanger, Reuben Alvarez (Eddie Velez), kidnaps her, as the cops try to kill both of them but instead one of the cops gets killed by Reuben in self-defense. Emily now becomes a woman on the run, wanted as a cop killer. Her aim becomes to find out who killed her son and why, and who framed her. Reuben turns out to be a good guy, angry that the cops are blaming Mexican gangs for killing three Mexican kids in the church when he knows this wasn’t a gang killing.

Emily goes to her ex-husband John Delaney (Gary Graham), a newspaper reporter, and borrows his motorcycle to go undercover, wearing a wig and trying out a phony Mexican accent to infilitrate one of the vicious Mexican gangs.

The cops in charge of the investigation, Captain Gibbs (Robinson) and detective Harris (Crivello), are obviously implicated in this scheme to get her. Emily uncovers the bad guy’s scheme, as she notices a toxic chemical used only by the army but is strangely found in the art she is restoring. She traces the chemical to a company called URI, which is a philanthropic organization run by the wealthy William Drayton (Pennock). She finds out about his illegal dumping of the chemical and that his company was awarded the lucrative army contract to bury it safely, but he instead is using it to destroy buildings he will then refurbish for his urban development projects. He uses the police’ hatred of Mexicans to help him coverup his phony philanthropic aims. Poor Emily was a witness to what they were doing and could eventually point the finger at them, so this elaborate scheme was cooked up by Drayton and the police to get rid of her. When confronting them with this info about killing innocent Mexicans and blaming it on gangs as being insane, Captain Gibbs replies: “The fewer Mexicans there are, the safer the city is.”

This is a bad film that exploits real issues that are plaguing a troubled city which has serious problems of racism, crime, and police corruption. It adds nothing to the situation. Every character was one-dimensional, the story line was crass, the directing was more suited for a TV show than a feature film, the acting was stiff, and the cinematography was unimaginative. I can’t think of one thing I liked about the film. 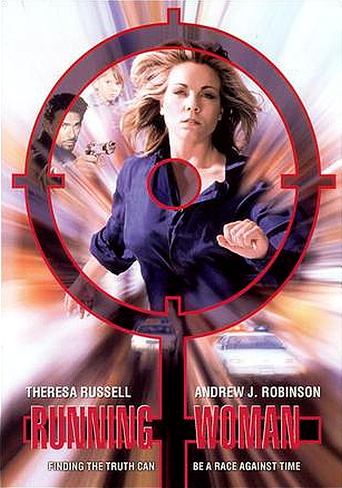