“When Beatty is on camera doing his nutty bit as Hughes, the pic is dynamite.”

Too bad the story of the eccentric billionaire Howard Hughes (Warren Beatty) as a whack job is a story we are already familiar with through films such as “The Aviator” and “Melvin and Howard”. Otherwise this screwball comedy fictionalized biopic by Warren Beatty (“Bulworth”/”Dick Tracy”) is crazy enough to do justice to its bizarre subject, is cleverly presented and is entertaining. The 79-year-old Beatty does a fascinating star turn as the legendary recluse and mystery man. Bo Goldman and Beatty collaborated on the screenplay. When Beatty is on camera doing his nutty bit as Hughes, the pic is dynamite. But when padding it with a disposable romance story between two bland contract workers hired in Hollywood by Hughes in 1958, the aspiring virgin Baptist actress Marla Mabrey (Lily Collins) and the clean-cut ambitious for a business deal limo driver Frank Forbes (Alden Ehrenreich) for Marla, the story becomes more the main one than the more interesting Hughes story. We first see Hughes living in a hotel in Hollywood in an undisclosed bungalow and hiding himself in the dark as he is reluctant to make contact with either the outside world or those who work for him. His employees might never even meet him and must adhere to his rules of no sex with the starlets he signs to screen tests for the RKO studio he owns. He seems a benign but goofy older character fussing over his harem, his many financial deals, what kind of ice cream to order, his TWA company business moves and aeronautics. Though his actions are strange and his ramblings are odd, often repeating the same phrases over and over, the codeine-addicted mover and shaker of the business world seems to be a cagey businessman who knows how to wheel and deal to get the better of his rivals and might not be the raving lunatic he was thought of by many who had dealings with him. What Beatty nails is the Hollywood scene of the early 1960s–the ambitions of those who flock to Hollywood and how the studio bosses used them. Hughes is abusive to all who work for him, and in detail we see how the imperious boss affects the lives of the church-going wannabe somebodies featured couple with his irrational interference. Beatty somehow can’t get around to coming down hard on the iconic Hughes, a would-be monster who was not only a charming character but a SOB of grand proportions–someone not adverse to breaking the rules because he thought he was above them. Though not a comprehensive biopic on the strange man of power, yet in its daffy lightweight presentation it was still quite enjoyable. This is Beatty’s first film in 15 years. The womanizing actor has supposedly obsessed over Hughes for some forty years at last has made the film he has long been rumored to want to make. 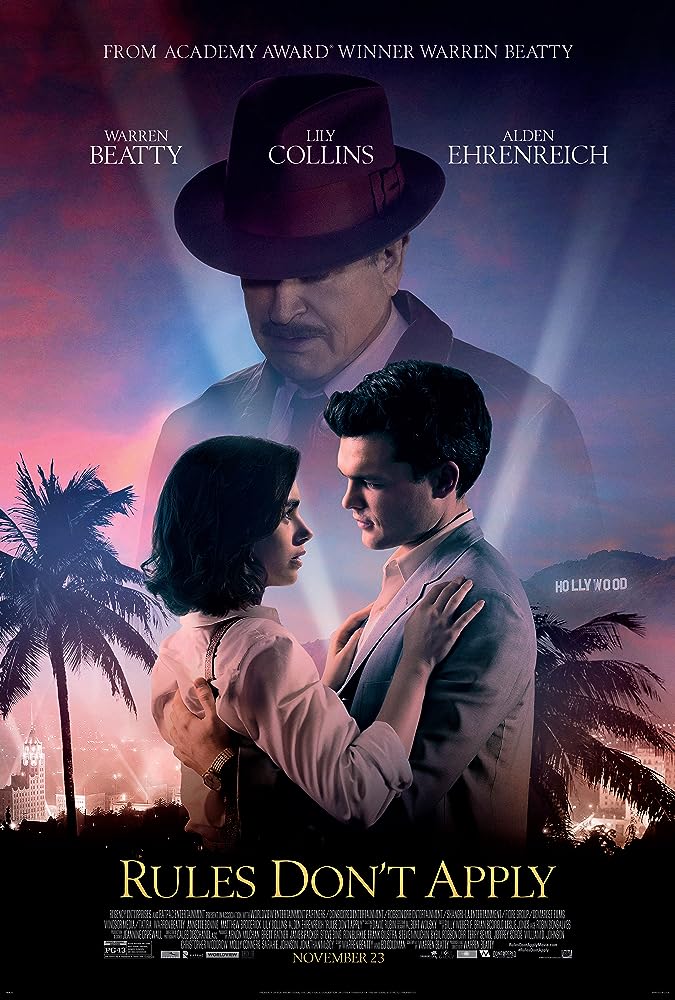