“About as much fun as being billy-clubbed by riot police at a demonstration.”

The semi-autobiographical second film by French filmmaker Vera Belmont (“Marquise”/”Prisoners of Mao”) of Red radical disillusionment in the period of post-war Paris is a drab affair, about as much fun as being billy-clubbed by riot police at a demonstration. It’s a humorless and heavy-handed political coming-of-age film that needed someone like an Ernst Lubitsch to save it from its inert passe political spin. The title is derived from the lipstick of rage during that period. Belmont collaborates with co-writers David Milhaud and Guy Konopnicki.

The pic opens in Paris, in 1937, with dressmaker Bronka (Marthe Keller) and her radical lover Moishe (Laurent Terzieff), both young Polish Jewish emigres, parting company, as he opts to live in Russia rather than face a police arrest in Paris for his Communist activities.

The scene shifts to Paris in 1952, where the pretty 15-year-old Nadia (Charlotte Valandrey) digs both Stalin and Rita Hayworth.The political junkie teen enlists as an activist in left-wing causes, where she works out of a commie cell distributing the party rag and rallying at anti-American demonstrations. During one pro-Stalin rally the Paris cops club Nadia bloody until rescued by smoothie older swinger Paris-Match photographer Stéphane (Lambert Wilson). The conflicted teen falls for the apolitical jazz club lover photographer and has her first love affair, and soon learns how to see things less rigidly in her politics by discovering through his worldly eyes that her love affair with Stalin has blinded her to seeing him as the tyrant he really is. It also helps that her biological dad Moishe returns to Paris from a Russian gulag totally disillusioned with Stalin, even renouncing his party membership, and his visit surprises and relieves Nadia that he’s so different from her gloomy commie foster father Herschel (Gunter Lamprecht), the father of her younger sister.

The inexperienced actress Valandreyis beautiful but doesn’t have it in her bones to carry off her rites of passage role, a role that needs a star’s charisma to keep up the viewer’s interest in such a dreary film that bogs down over its many awkward, predictable and tedious scenes.

For some reason that is beyond me, it was the winner of theSilver Bear at the 1986 Berlin festival. 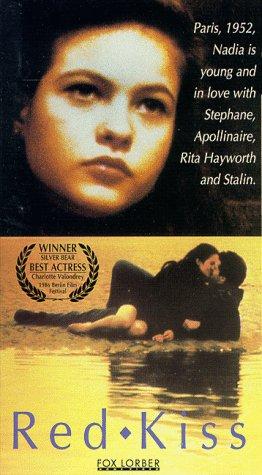