“A well-crafted and well-acted reworking of the classic noir film The Postman Always Rings Twice.”

A taut neo-noir written and directed by the talented German filmmaker Christian Petzold (“Yella”/”The State I Am In”/”Ghosts”) that adheres closely to the conventions of the genre. It’s a well-crafted and well-acted reworking of the classic noir film The Postman Always Rings Twice (1946). The setting is the desolate small town of Jerichow in northeastern Germany, near Wittenberge.

Dishonorably discharged German soldier serving in Afghanistan, Thomas (Benno Fürmann), is down-on-his-luck and forced to work as a cucumber harvester. The opening scene shows Thomas returning home to attend his mother’s funeral and greeted by a two-man welcoming committee.

The flashback shows Thomas helping drunk driver Ali Ozkan (Hilmi Sözer), a wealthy Turkish-German businessman who owns 45 snack bars in the area, get his car out of a ditch and then from losing his driving license by saying to the police he was the driver. The laconic fit young man is later rewarded with a job as a route driver for the middle-aged ugly looking businessman when Ali loses his license due to a DUI.

Ali’s married to the pretty willowy blonde German, Laura (Nina Hoss), who he abuses. Laura is an ex-con who owes large debts (which hubby now holds over her head) and worked in a bar before rescued by the piggish Ali. Before you can say Lana and Garfield, the lovers with a dark past are hot for each other. When Ali says he’s going to Turkey to buy a house for a few days, Laura and Thomas scheme to send Ali off the cliff in his car upon his return. But that simple dark plan will develop complications.

It plays out as a suspenseful character study among the restless hottie wife, the unlikable brutish Turkish husband who has never overcome being an outsider in his adopted country despite his wealth and the handsome rugged aimless loner with a case of bad karma. There’s not much emotional depth and all the characters are far from likable, but it has the satisfying burning sting of a seedy film noir that encrusts love with a price tag and lust with a voice that trumps reason. 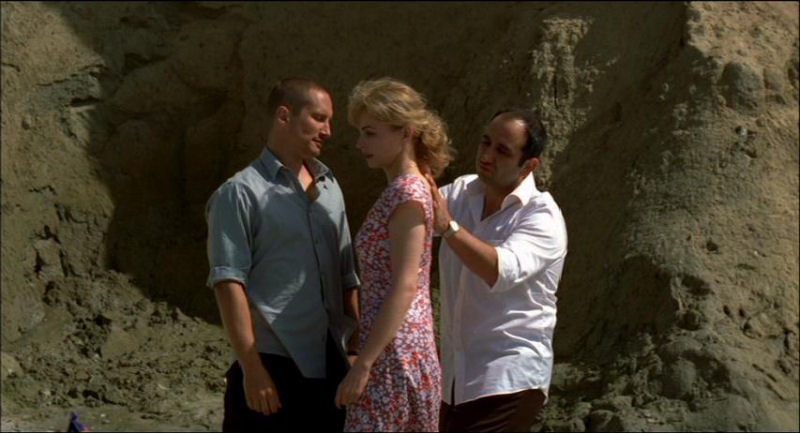