“The tepid film never catches fire and does not tell us what we didn’t already know about Roswell.”

Writers Jeremy Paul Kagan, Paul Davids and Arthur Kopit base the made-for-TV movie Roswell on the book UFO Crash at Roswell by Kevin Randle and Donald Schmitt. Director Jeremy Paul Kagan (“Heroes”/”The Big Fix”/”The Chosen”) keeps the true story of the July, 1947 crash landing of an unidentified aircraft in the New Mexico desert, outside of Roswell, as a mystery story and the filmmaker asserts there was a cover-up by the government to keep it one.

Jesse Marcel (Kyle MacLachlan) is a retired Major, who returns to the Roswell air force base for a reunion of members of the famed 509th Bomb Wing of the 8th USAAF 30 years after the mysterious events that led many observers to believe that aliens had landed even though the authorities squashed such talk. Jesse is still intrigued by what he believes he saw and uses his visit to investigate what he still thinks was a UFO crash. At the time of the crash, Jesse and his commanding officer at the air base in Roswell, Col. Blanchard (John M. Jackson), believed the debris that was found outside of Roswell at the Mac Brazel ranch could have been an extraterrestrial space craft. Their discovery made headlines all over the world. But the next day Gen. Ramey (Matthew Falson) arrived from D.C and ordered both Col. Blanchard and Maj. Jesse Marcel to change their story from a “flying saucer” to an army weather balloon that crashed in the desert, thereby humiliating Jesse by making him look like a fool that he could make such a big mistake.

Though handling a still hot-button controversial subject, the tepid film never catches fire and does not tell us what we didn’t already know about Roswell. Its best audience would be UFO conspiracy buffs, who rightly or wrongly can’t let go of this story.

You won’t learn from this film exactly what happened in Roswell during the summer of 1947, as those in charge of finding out what happened, then as well as now, have kept a lid on things. What the film does reveal is Jesse finally feels satisfied that he got to the truth about what happened and will die in peace in 1986 knowing he was right in what he assumed was an alien craft. What really happened at Roswell in 1947 we may never know since we can’t count on the US government and military to tell us the truth. The government, despite some 300+ witnesses who have since come forward to note a UFO experience, has denied it was an alien landing and claim in 1994 through the US Air Force released statement that the witnesses mistook what they saw. The government statement tells us what the witnesses really saw was the US Air force’s Operation Mogul in action and its high altitude balloons drop of dummies in parachutes to see if humans can survive those high parachutes drops in the future. If you believe the government, then you might be a good candidate to buy the Brooklyn Bridge. 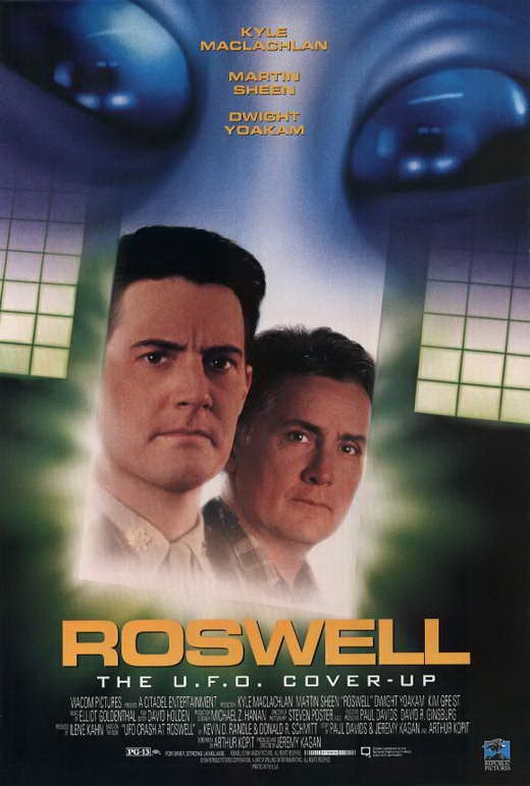