Charles Chaplin’s (“A Countess from Hong Kong”/”Limelight”/”Modern Times”) last short film and penultimate film for First National is about the Little Tramp’s henpecked adventures at work as a bricklayer, at home with his shrewish wife, and partying with friends.

On the construction site, Charlie’s foreman is Mack Swain (without his bushy mustache) and Edna is his visiting daughter who arrives during the worker’s lunch break. The married Charlie is smitten with her but dares not flirt. Charlie’s married to the overbearing battleaxe Phyllis Allen. On pay day, his wife greets him on the street to get his wages. Charlie still manages to steal away some money in his derby and goes to party with his co-workers in the saloon and gets drunk. On the way home Charlie’s jostled off the last trolley running at night by the crowd, as Henry Bergman pushes his way in the front and Charlie is forced out in the rear. Charlie returns home in the morning and tries to fool his wife into thinking he was home all night by pretending to get dressed when the alarm rings just as he was undressing to get under the covers. To get some shuteye, Charlie ends up sleeping in the bathtub where his wife is doing the laundry. His nagging wife rouses him and forces him to get up and go to work.

The two reeler was competently filmed (displaying a more sophisticated lighting technique than his other films) but didn’t have enough funny material to hit pay dirt. 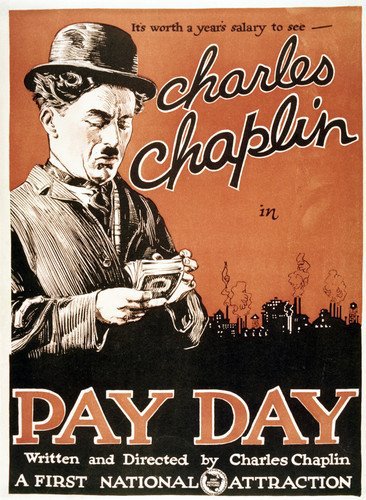