On a June night in Rome, the first night of summer and the shortest night of the year, two women stranger tourists who drank together in a bar exit and the hesitant Russian woman Natasha (Natasha Yarovenko) is urged to go to the nearby hotel room of the more aggressive sultry Spanish woman named Alba (Elena Anaya). Both are leaving for home the next day, and seem like career professionals who are somehow in Rome alone. In the room Natasha explains she’s straight, but with little prompting the statuesque blonde is soon removing her clothes to the admiring lesbian Alba. After a romp in the hay, Natasha splits only to soon return for her lost cell phone. The women then get more serious about sex, tell each other their life stories, which may or may not be true, and engage the waiter Max (Enrico Lo Verso) in freaky sex conversations but turn down his request for a threesome. They talk irritatingly about art history, as they make inane comments on the room wall pictures; they illustrate their life tales with pictures on the internet, which are taken from Bing and show online maps and satellite views of their residences. All the while, they can’t stop admiring their partner’s naked bod. After a long drawn out talk, they slowly reveal their supposed real lives. In the morning, they leave the hotel to go on with their real lives and exchange embraces but not numbers.

Though the pic was stunningly photographed in the one room scenario, especially the erotic episodes, it nevertheless lacked drama or tension. Its realistic view of a one-night stand showed that the ladies were so pained from past bad experiences they could only leave Rome with a good sex experience and yet still feel so vulnerable that they couldn’t share their life experiences without dressing their nakedness with fabrications. It’s a pic that wasn’t sure if it wanted to be cute, enlightening or just playfully over-the-top in its look at a steamy night of passion. Sex was the means of communication and what moved the pic along, but for the viewer it was hard to say what else the pic was trying to communicate because it was just all over the map–so to speak– and seemed to connect with relevancy only when the hot women while making love whispered sweet nothings into their lover’s ear in a foreign language the other didn’t comprehend. 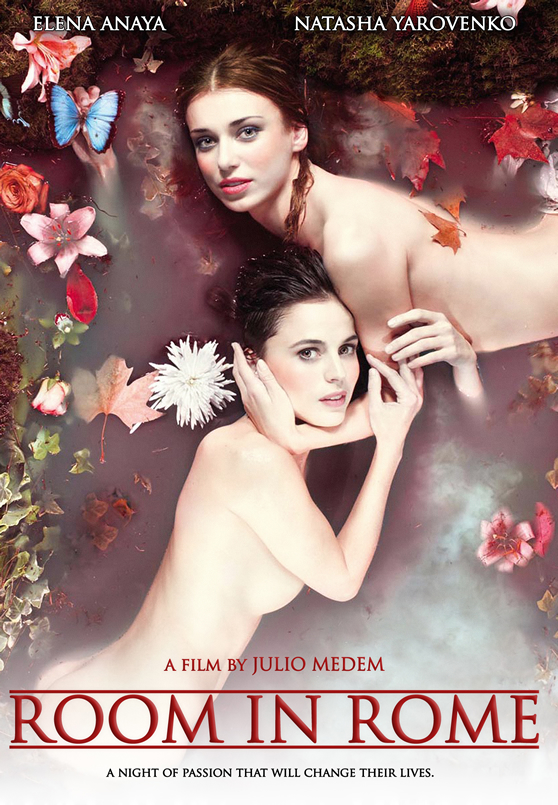