“If you’re not a diehard fan of Polanski I can’t see the pic holding your attention, as it lacks intrigue.”

Marina Zenovich (“Vanessa Beecroft in Berlin“) directs this self-indulgent investigative journalism sequel to her much acclaimed 2008 documentary “Roman Polanski: Wanted and Desired,” that exposed the trial judge at Polanski’s 1977 rape case had perjured himself and accused prosecutors of wrongly prosecuting the case after there was an agreement in place to settle it. The director believes her film brought back to the attention of the LA judicial system the infamous headline making unresolved statutory rape case against director Roman Polanski, stemming from the drugging and rape of the 13-year-old Samantha [Geimer] in LA over 30 years ago that he was convicted of but fled the country when his plea agreement was not honored. This caused Polanski’s surprising 2009 arrest in Switzerland when he showed up to accept a Lifetime Achievement Award from the Zurich film festival, and the Swiss government imprisoned him while trying to determine if he should be extradited.

The film adds nothing new to the long-lingering rape case, as it belatedly goes into detail of all the legal maneuvering from both sides and tells of the director’s ordeal and his hardship of being away from his younger French actress wife Emmanuelle Seigner and their young children. For a ten-month period the seventy-six-year old Polanski was under arrest and had to endure fighting against extradition, having to post an expensive bond to be released from prison and placed under house arrest conditions in his Swiss chalet in the Alps, and having to deal with the gut-wrenching twisty legal issues that were at a stalemate.

If you’re not a diehard fan of Polanski I can’t see the pic holding your attention, as it lacks intrigue. For conspiracy theory buffs, the pic wonders why the Swiss acted to initiate the arrest at this time and the answer they believe is political–to possibly make a deal with the threatening U.S. superpower over a banking UBS dispute between countries, as the U.S. demands that the UBS secret bank savings accounts be disclosed for tax purposes.Unfortunately that argument remains speculative, as no political insider in LA or Zurich will go on camera to clear things up. 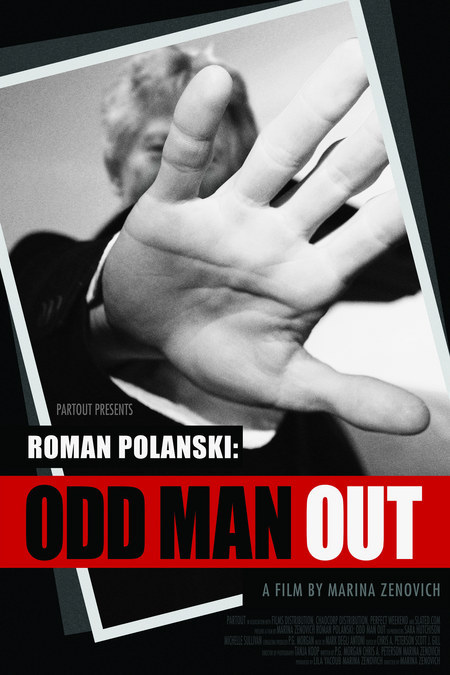