“This is Forrest Tucker’s second film and first starring role.”

William “One Shot” Beaudine(“The Blonde Comet”/”Lucky Ghost”/”Desperate Cargo”) directs in his usual no-nonsense way this low-budget B film. It’s an aviation drama screwball comedy, that’s based on a story by Martin E. Mooney. This is Forrest Tucker’s second film and first starring role.

Arizona inventor, the middle-aged weather observer “Doc” Williams (Emmett Vogan), invents a model plane that is remotely controlled from the ground and when installed in a plane can fly it automatically. His young test pilot pal, Jerry Barton (Forrest Tucker), gets his millionaire aircraft owner boss George Lambert (William Halligan) to observe a demo. But it crashes. The demo is observed by foreign agents, who are secretly employed at Lambert Aircraft. Meanwhile Jerry and Doc return to Doc’s secluded ranch to fix the problem.

At the same time, Lambert’s spoiled daughter, Betty (Carol Hughes), tells her unhappy dad she’s off to Hollywood with her ‘regular girl’ Aunt Maude (Evelyn Brent). The duo run out of gas in the desert of Indian Springs, Arizona. The ladies thereby steal petrol from a government aerodrome beacon, but are caught by Jerry. He tows their car to Doc’s house. Behind Betty’s back he informs her dad by phone that he plans to teach his haughty daughter a lesson in humility. Dad approves, as Jerry arrange for Betty to do household chores to avoid being arrested. Jerry has that power since he’s also a government agent.

When two foreign spies steal the latest Lambert bomber, it crashes in the desert and the surviving agent (Stan Jolley) ends up seeking help at Doc’s place. He claims he was in an auto accident and needs a ride to a place where he can grab a bus to San Diego. The spy will take the ladies, fleeing the ranch, as hostages and steals Jerry’s airplane to escape. But the robot model plane has been installed in the plane, and the inventor now gets it to work making it easy to land the plane. Everyone is safe, the bad guy is captured, the inventor gets a fat contract for his invention and both fellas end up with their respective girls. 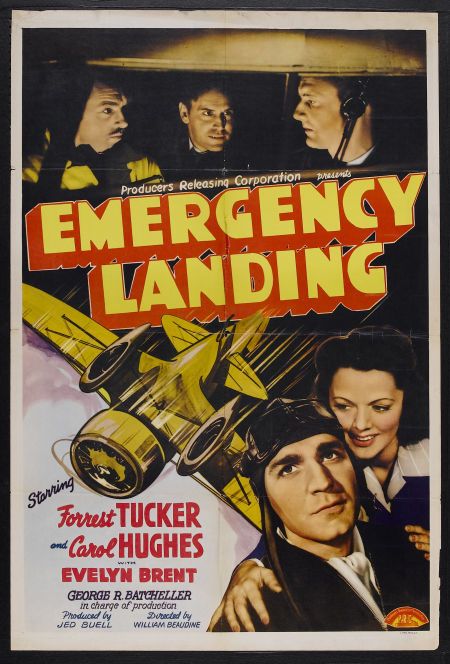