Chilean helmer Pablo Larrain (“Neruda”/”The Club“) directs a well-conceived intimate portrait of the widow First Lady, Jacqueline Bouvier Kennedy (Natalie Portman), recalling in 1963, in her Hyannis Port home, for a magazine reporter (Billy Crudup), the events of her husband’s assassination that occurred a week earlier and telling it like she sees it but not allowing that part to be published. The Crudup character is a version of Theodore H. White, who in real life profiled her in Life magazine a week after the President’s assassination. It is deeply affecting in revealing the sorrow of Jackie, who is still reeling in the consequences of her loss and defiant to not be pushed around by those around her. She leans on brother-in-law Bobby Kennedy (Peter Sarsgaard) for support, but insists on calling the shots for the funeral arrangements so she can have a deciding voice in JFK’s legacy. Also viewed are her telling reactions on a WH tour she gave CBS TV two years earlier. The masterful drama is tersely written by Noah Oppenheim and superbly directed by Larrain, whose keenly observant political drama reveals the iconic widow’s poise and dignity in the face of tragedy. Natalie Portman shines in her intricate performance as the grieving Jackie who lets the world see how she grieves for her husband and how her loss mirrors the country’s loss. It’s unsentimental and eschews the usual biopic format, following its own path to find Jackie’s true impressions of those dark days. 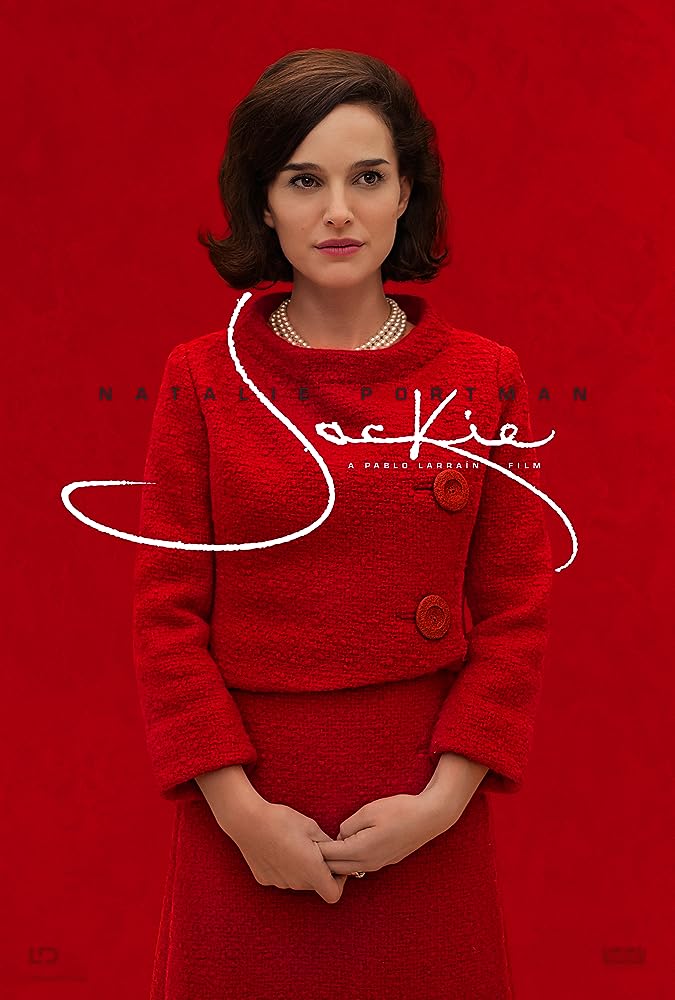