“I give it props for being epic in scope and behind all its missteps there’s still something to ponder about the Robin Hood legend that’s worth pondering.“

Directed by Ridley Scott (“Gladiator”/”Alien”/”Black Hawk Down”) as a semi-serious action-pic that intends to tell who was the mysterious Robin Hood figure by reinventing the Robin Hood legend, as must each generation, while tamely making sure it doesn’t try to make any political points in regards to Robin’s eventual socialist stance against inequality. Its populist theme is that in times of injustice it’s the folkhero outlaw who provides justice by robbing from the rich to give to the poor. In this pic you can forget the adventures of Robin Hood the outlaw of Sherwood Forest and concentrate on the future legend when he was merely Longstride, the archer on theThird Crusade with Richard the Lionheart. It’s based on a screenplay by Brian Helgeland from a story by Helgeland, Ethan Reiff and Cyrus Voris. They set their tale in joyless old England at the turn of the 12th century, at a time when the French speaking King of England, Richard the Lionheart (Danny Huston), who bankrupted his kingdom to support the war, returns with his war-weary soldiers from the Crusades after ten years and signing a truce with Muslim rival warrior Saladin that allows the Muslims to still possess Jerusalem but to now allow Christian pilgrimages there.

Richard fights his way back home and loots French castles, and is taken down with an arrow in the neck during one such skirmish. The yeoman archer Robin Longstride (Russell Crowe), who accompanied Richard on the Crusades but fell into disfavor with the King when told to tell what he honestly thought of the Crusade and for his honesty in calling out the King to his face as a war criminal for slaughtering innocent civilians, finds that he and his comrades are placed in the stocks. During the confusion of battle, Robin and his men escape and head home where they encounter a severely wounded Sir Robert Loxley (Douglas Hodge), who with a small group of soldiers is taking the King’s crown back to England when ambushed by English traitor Sir Godfrey (Mark Strong)–a treacherous snake-like paid agent for France’s devious King Philip (Jonathan Zaccai). Before his death, Sir Robert makes Robin promise to take back his sword to his blind elderly father Sir Walter Loxley (Max von Sydow) in Nottingham.

While posing as Sir Robert, Robin returns the crown to Richard’s mother, Eleanor of Aquitaine (Eileen Atkins), and she crowns king Richard’s creepy venal younger brother John (Oscar Isaac). The greedy unpopular tyrannical King wants more taxes from his already hard-pressed noblemen and goes against the sage advice of his father’s and brother’s learned chancellor Sir William Marshal (William Hurt) and promotes Sir Godfrey to take the place of the fired Marshal. The diabolical Sir Godfrey goes across the north country with a strong army to collect the taxes from the delinquent barons, and purposefully alienates the nobles from their king to stir up a civil war. The soldiers are provided by King Philip, as the plan is to divide the barons from their ruler and attack a weakened king in England.

At Nottingham, Robin meets Sir Robert’s resourceful widowed wife Lady Marion (Cate Blanchett) and Robert’s father Sir Walter on their overtaxed, rundown estate, and is asked by Sir Walter to assume the identity of his son so that Marion could still have control of the land–which means sleeping in her bedchamber to convince the others that he’s really her husband.

This pic provides an intricate narrative that leads up to how the legend of Robin Hood started and grew into the later popular legend of the outlaw of Sherwood Forest, who with his Merry Men robbed the rich to give to the poor. It’s a legend passed on originally through ballads and the oral tradition, so no one can be sure if there ever was a real Robin Hood or if he was a combination of people pieced together over the centuries. So the pic has every right to give its well-researched version, and does a fine job capturing the spirit of what the legend meant. Where the beautiful visual film (all those wonderful costumes, knights in armor, horses, castles, and flying arrows in the woods)missed the target was in how muddled the story becomes with an overload of characters, events, and subterfuges.

It all leads to the climactic battle between the united English (King John, Robin and the barons) against the French invaders (led by Sir Godfrey) at Hampton Bay, that unconvincingly had Lady Marion as an action heroine in battle. The fiery but awkward action scenes for the most part work at cross-purposes to its serious attempt to tell its version of how the Magna Carta was originated as a document to give the barons liberty from a king who ruled by divine law and of how Robin becomes inspired when he learned that his father was a principled stone mason who gave his life when Robin was a child to gain freedom for the people. It could have been a more accomplished pic if so much of the story wasn’t so undeveloped and was a bit more sure-footed, but I give it props for being epic in scope and behind all its missteps there’s still something to ponder about the Robin Hood legend that’s worth pondering (which, I guess, is good enough for a blockbuster pic). 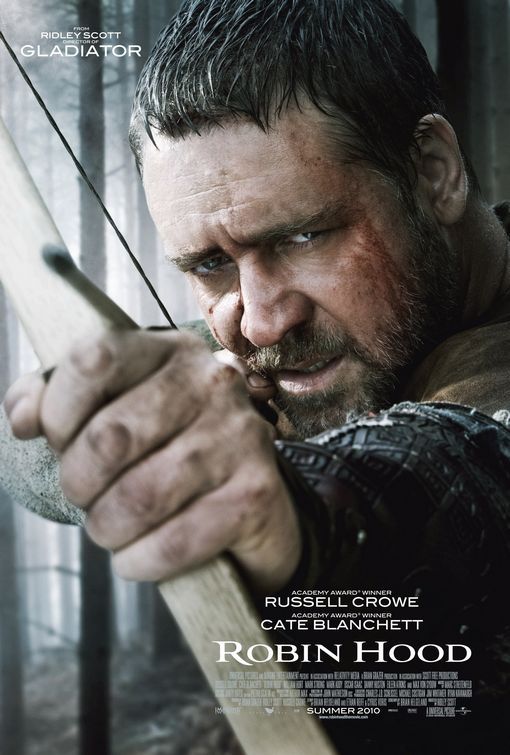