“An authentic and hard-hitting prison drama.”

This classic prison flick, one of the best of its kind, was Don Siegel’s first major hit. The low-budget film was shot on location in California’s Folsom state prison in an almost documentary style, and the cast was made up of no-name actors with real inmates as extras. It’s a no-nonsense film that is earnestly looking for answers about the problems plaguing the country’s penal system. Richard Collins’ well-researched script avoids prison movie clichés and instead calls attention to real issues facing the penal system. Producer Walter Wanger, who served a brief prison sentence, got what he wanted, an authentic and hard-hitting prison drama.

It opens with the statement that prison riots are sweeping across the country and the fault lies with the short-sighted neglect of the penal institutions by the political leaders. At Folsom prison, there’s the notorious Cell Block 11 where the prisoners are kept in isolation and treated like animals with no rights. This leads to career criminal and psychopath Dunn (Neville Brand) leading a riot by overtaking a number of guards and holding them hostage, threatening to kill them if their demands are not met. The prisoners ask for a remodeled cell block to avoid overcrowding, separate the nuts from the regular prison population, no more brutal guards, a facility to learn a trade, and more decent chow. These are actually the same requests that the sober-minded warden (Emile G. Meyer) was asking for in his public speeches, that were ignored by the calculating politicians who refused to spend money on needed reforms.

Dunn insists that the press be there to cover the story. The governor sends his politically appointed representative, the prison commissioner, Haskell (Frank Faylen), to take charge of things and voice his political viewpoint. Haskell, at first, refuses to negotiate, fearing that if the state gives into the convicts it would set a bad precedent. But things escalate when the rest of the prison population riots, and the psycho Carnie (Leo Gordon) gets involved as the second in command and wants to kill the hostages (especially the abusive guard Snader).

The film is resolved with answers that will not satisfy everyone. Even the so-called ‘victory’ for the prisoners stated in the newspaper headlines at the end comes apart when the state legislature refuses to recognize the governor’s signature for the prisoners’ demands. In the end the hostages are returned alive, Carnie is transferred to a mental institution and the Colonel (Robert Osterloh) is granted the parole he deserves for his one crime committed while he was intoxicated; but, Dunn, who tried his best not to use excessive violence, is held responsible for leading the riot and will be facing charges that could get him an additional 30 year sentence.

The lesson here is that riots can never be stopped by treating the prisoners worse. That the only hopeful answer is that the public has to be made aware of the problems and has to become more sensitive to the reality of the situation, demanding better answers from its leaders. It seems the public is caught in the middle in this dispute and the ‘easy to fix’ issues go unresolved, as Dunn is pictured as a psychopath while the politicians are seen as corrupt. 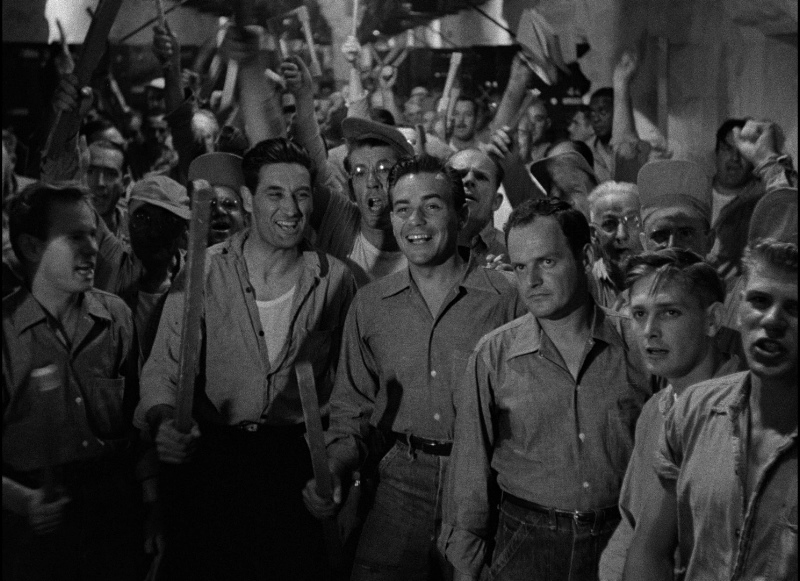