“Routine but dark and diverting action-packed Western that lifts its plotline from The Comancheros (1961).”

Routine but dark and diverting action-packed Western that lifts its plotline from The Comancheros (1961). Its familiar plotline is about “Who’s selling rifles to the Apaches?” Director Gordon Douglas (“The Detective”/”Tony Rome”/”Them!”) saves all his energy for the exciting conclusion, where he stages an impressive all out gun duel between obsessed rivals. The film is based on the novel by Clair Huffaker and is written by Joseph Landon. It marked the acting debut of former NFL great Jim Brown, who went on from the gridiron to have a fairly successful movie career.

Two thousand repeating rifles were stolen from a Texas U. S. Cavalry command transporting them in a wagon train at the end of the Civil War. Col. Wagner (Warner Anderson) learns they are being sold to Apaches, and fears it will endanger his men and the white settlers. When former Reb officer James Lassiter (Richard Boone), an Indian hater because they killed his family, is arrested for possessing a stolen weapon and not for massacring a bunch of Apaches at a burial ceremony, the rifle he had is the first to turn up that was stolen and catches the colonel’s attention. He forces Lassiter to tell him he got the rifle from Col. Theron Pardee (Edmond O’Brien ), a staunch Confederate who can’t accept the war is over and wishes to start it up again by having the Indians attack the cavalry. The colonel approves a plan by Capt. Haven (Stuart Whitman), who was the officer in charge when the rifles were stolen, to go after Pardee with the loyal black Sgt. Franklyn (Jim Brown), the prisoner Lassiter and his unreliable Mexican cellmate, charged with murdering an officer whose wife he cuckolded, Juan Luis Rodriguez (Tony Franciosa). Along the way the foursome capture an Apache squaw, Sally (Wende Wagner), when they repel Mexican bandits. They take Sally along as thet go deeper into Mexico in the hope she can lead them to where her people and Pardee are going to barter. The foursome are dressed as civilians and are carrying a wagon-load of gunpowder to lure the Rebs into giving away their location. After skirmishes with the bandits and with hostile Indians and witnessing a white settler family butchered, the pursuers make contact with Pardee. But, in a contrived coincidence when the deal is going down, Lassiter runs into Bloodshirt (Rodolfo Acosta), who just happens to be the Indian who killed his family, and goes berserk giving away their cover. There are a few more twists and then the climactic battle where the men are able to destroy Pardee’s makeshift compound while he’s dealing with Bloodshirt and thereby sabotage the deal. It results in only one of the quartet surviving. 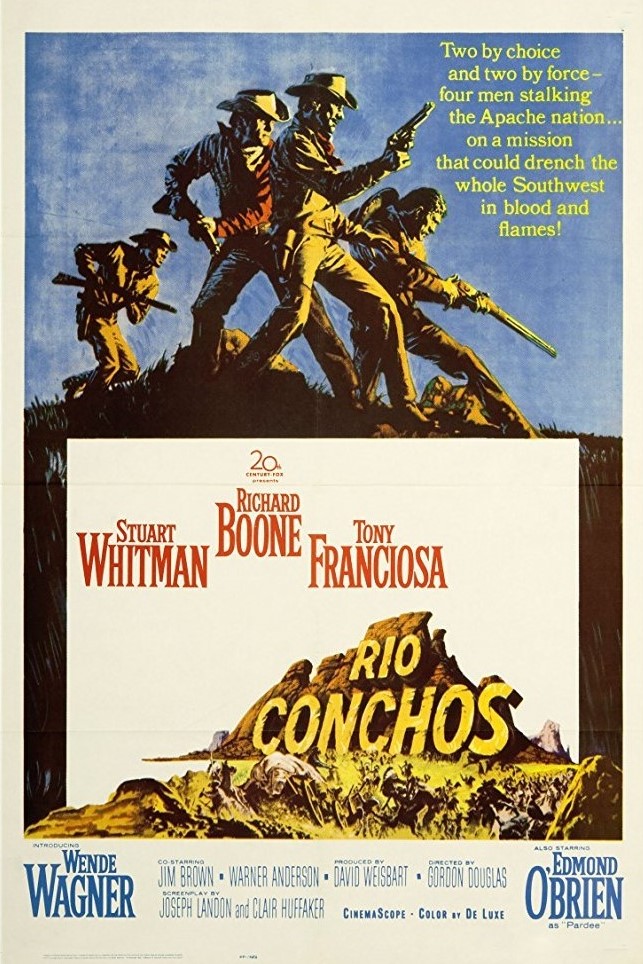 ROADRUNNER: A FILM ABOUT ANTHONY BOURDAIN