“The stars were handed inferior material to work with and, at best, can only make this tired plot watchable.”

A dispiriting routine cop thriller enhanced only by the teaming of Robert DeNiro with Al Pacino, the first time together since Heat (1995). They play aging veteran NYPD partner detectives, Tom Cowan (DeNiro) and David Fisk (Pacino). Tom is nicknamed Turk, while David is called Rooster. They are problematic lead investigators in a series of vigilante killings that may have been done by a cop.

In the opening shot, homicide detective Turk confesses on videotape to police investigators that he killed 14 scumbag criminals on the street in his 30-year service as an officer. The vics all eluded the justice system. Among them was a pimp, a drug dealer, a rapist, a pedophile priest and other misfits. The executioner’s m.o. was to leave a nasty poem by their body after killing them at close range to explain briefly why they deserved to be executed.

We learn that Turk was pissed when an obviously guilty child molester/killer got acquitted. He went rogue and framed the guilty party by planting evidence for a crime he didn’t do, which got him a long stretch in prison.

Also investigating the killings are a rival younger team of detectives, Ted Riley (Donnie Wahlberg) and Simon Perez (John Leguizamo). They have a hatred for the volatile Turk and believe he did it but have no proof. Perez’s former girlfriend is the crime-scene investigator Karen Corelli (Carla Gugino), who has a kinky sex relationship going on with Turk. But Karen seems to be playing Turk and providing Perez with insider leads about the vigilante murders.

Brian Dennehy is wasted in a meaningless role as the no-nonsense boss lieutenant to the boys. While the rapper 50 Cent, credited as Curtis Jackson, is the most memorable bad guy.

Jon Avnet(“88 Minutes”/”Three Christs”) offers clumsy direction and Russell Gewirtz scripts it as a witless twisty thriller that never gets better than the hammy performances of the thesps. The stars were handed inferior material to work with and, at best, can only make this tired plot watchable.

It was filmed mostly in Bridgeport, Connecticut, that fails to look like Manhattan. 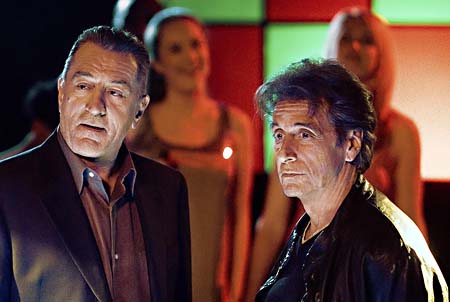 LANCELOT OF THE LAKE