RIGHT AT YOUR DOOR

Noted art director Chris Gorak in his directorial debut in this indie low-budget thriller, comes up with a realistic chilling post-9/11 doomsday film. With the radio reporting that three “dirty” bombs have gone off in downtown LA, out of work musician Brad (Rory Cochrane) is frantically trying to phone from his suburban home his loving breadwinner wife Lexi (Mary McCormack) who is at work in the downtown area, but with no success as the phones are all tied up. Following the advice of the public service radio announcers, Brad seals up the house with duct tape as he takes in his next door handyman (Tony Perez) to help get it done in time so that no toxic air—or toxic human—can get inside. Just then his coughing wife appears and he follows the radio announcement and keeps his hysterical wife outside as she pleads to be let in, complaining he let in the handyman but not his wife. Brad chooses to lock her out rather than risk contaminating himself and the handyman, even though he dearly loves his wife. For most of the film she shrieks and he tries to calm her down with soothing words, which soon got on this viewer’s nerves.

The film is portrayed in a harrowing way by its intense stars and its smoking-skyline special effects give it an ominous look that should be a creepy enough reminder for those who lived through the terrorist attack at the WTC. It’s a Twilight Zone type of film that makes the most of its fragmented screenplay until its unnerving but totally absurd conclusion puts a bit of a damper on things. Nevertheless it gets its point across of how we all are now faced with living in an ‘age of fear’ because of terrorism, where acting irrationally is perhaps the rationale. We also now know that in actuality radioactive or poisonous fumes would quickly disperse, which basically makes the film more or less an interesting exercise that merely speculates in how such an emergency would be treated by both the public and the government and not one that is factually correct. But the fright part, whether real or imagined, gives the film its punch as it effectively shows how vulnerable the public is to the programs of both the terrorists and their government. 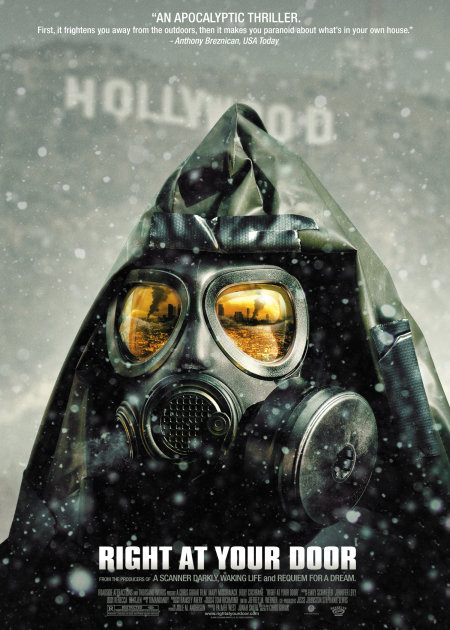