Méllie (Marlene Jobert) is being followed in the rain by a stranger in a deserted off-season South of France seaside town. Her jealous macho airline navigator husband (Gabrielle Tinti ) is back home in his native Italy. It results in the stranger raping Méllie. After the attack she discovers the rapist hiding in her basement and kills him with her shotgun and gets rid of the corpse by dumping it in the ocean. The next day at a wedding, the gruff US Army colonel Harry Dobbs (Charles Bronson), an enigmatic figure, appears and mentions he’s searching for an escaped serial rapist from a military stockade in Germany. Though he suspects she was raped, even as she remains silent. It seems the rapist was carrying wads of American money, which he believes she stole.

Later when the dead body washes ashore, it brings about further complications that draws Dobbs even closer to the vulnerable sad victim.

Rider in the Rain, a popular film in France, won the Golden Globe for Best Foreign Film. 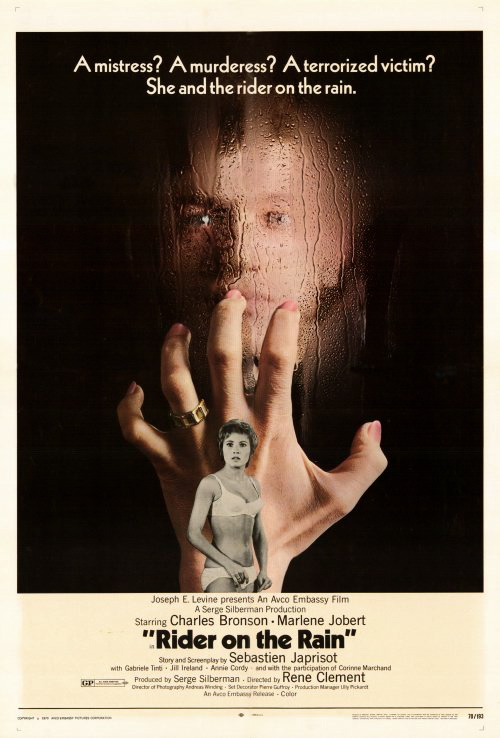