“It’s a one-joke Western about a case of mistaken identity.”

Routine Western directed by Jesse Hibbs (“Ride Clear of Diablo”). It’s based on the story by George Bruce and written in a lighthearted manner by Borden Chase. It’s a one-joke Western about a case of mistaken identity. It has Walter Matthau, early on in his career, playing in a Western.

Joe Maybe (Audie Murphy) has been foiled in robbing a bank in Wascovia. U.S. Marshal Jim Noonan gave chase but fell to his death over a canyon. The bank robber arrives in the nearby rivertown of Webb City, where he’s mistaken by the bombastic Judge Kyle (Walter Matthau) for the famous U.S. Marshal Jim Noonan. Things get sticky when bank robber Sam Teeler’s (Henry Silva) Creole girlfriend from New Orleans, Tessa Milotte (Gia Scala), shows up by riverboat. She’s in town to look over the bank they plan to rob. When she calls the marshal Baby, he says that she’s his wife in order to protect his false identity and tell the judge they must leave town immediately. But the judge won’t let them leave town, and gives them a house and makes the bank robber marshal.

Sam arrives in town with his gang and informs the marshal he plans to rob the bank tomorrow when the railway payroll is deposited. The marshal suggests that they wait for a bigger haul when the cattle drive that is soon scheduled to pass through Webb City. Sam agrees, giving the marshal a share for his help, but half the gang doesn’t and go through with robbing the bank. It results in a shootout, with the marshal chasing off the robbers before they can succeed in their robbery.

Tessa starts falling in love with the marshal and her new respectability, and the two bond with Jimmy (Eddie Little). He’s the young orphan who is the ward of the bachelor judge, but whom the town women talk into moving in with the marshal because of the judge’s drinking problem. The two don’t want to disappoint the sweet kid, who trusts them and hero worships the marshal.

The whole idea of the film revolves around the marshal going straight and doing his job despite his bad past. It never had much snap to it, but was bearable. It features some good location scenery shot at the Janss Conejo Ranch in Thousand Oaks, California. 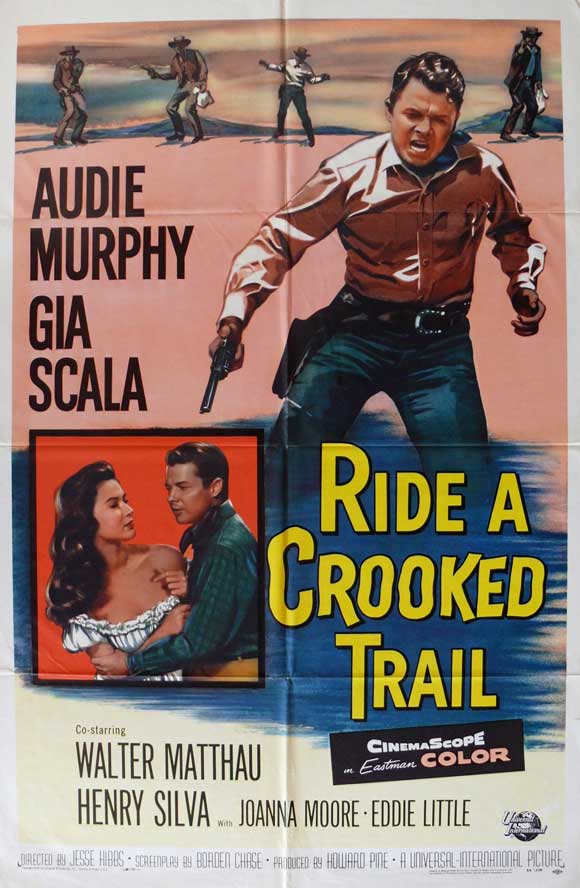