I’LL TAKE YOU THERE

“I merely went along for the bumpy ride.”

Former Hal Hartley actress Adrienne Shelly directs her second feature, a low budget indie about a blind date gone bad. It’s a romantic comedy which manages to show a lot of grief over the loss of a loved one. There’s no Bill Pullman in a part that is perfect for him. So Pullman clone Reg Rogers who works on a cheaper pay scale, plays the main role of the dumped husband.

Bill’s (Rogers) sister Lucy (director Shelly) comes over to his apartment, gives him a self-help book called “Get Up and Recover,” dumps on his ex-wife Rose (Harris), and forces him to go out on a blind date with her college girlfriend from eight years ago, Bernice (Sheedy). Bernice shows up at Bill’s door just as she finished telling him about the date. This will turn out to be a shrill role for Sheedy, who never seems like a real person.

Bernice talks a mile a minute and the disinterested sad sack Bill finally gets a word in and nastily tells her “You’re ordinary and pathetic.” He goes on to tell her that she’s not a free person, but a slave to fashion and materialism. She will be severely hurt by his remarks and will later stalk him as he comes out of a pawn shop, having purchased upon the owner’s insistence a 1873 Pinkerton detective gun. Bernice takes Bill in her vintage purple Mercury back to his place and acts the part of an enraged psycho. Bernice finds his new gun and threatens him if he doesn’t first take her to see her grandma, who lives in the same part of the country where his ex-wife Rose now lives — which is a 4-hour drive from NYC. On the way she goes into a boutique and robs a bunch of dresses, saying she wants to be dressed up when she sees her dying granny.

At Bernice’s overbearing and crusty granny Stella’s (Drummond) upstate house they are greeted by her genial lover Max (North), someone Bernice didn’t know about. The old couple act as cheerleaders for the young depressed ones. The foursome talk about romance, about the tuba, about roses without thorns, and about how the song ‘Bill Bailey, Won’t You Please Come Home’ was written by a friend of Bailey’s, who tried to cheer him up after his wife left him for another. I wondered why it was so scripted that Bernice had to be told her granny had a lover by Max and wouldn’t have already have known about it, that is if she was such a caring grandchild as the film wanted her portrayed.

This supposedly unconventional tale (it really follows the old Hollywood formulaic code of the lover coming to terms with his inner angst and changing) comes to a head when Bill goes to grovel at Rose’s feet and her new boyfriend Ray (Pyper-Ferguson) interferes when Bill makes such a scene. Bill, in his real-estate agent job, sold this country house to Ray.

The film’s quirky resolution comes at the point of a gun or two. It makes some point about getting to know the one you fall in love with.

Since I didn’t find much comedy here (only a lot of silliness) and wasn’t taken in with the characters or their troubles, I merely went along for the bumpy ride and tried not to wince too much at the forced comedy situations. This film could have used Hartley’s magical cinematic touch big time if it was going to take me somewhere I hadn’t been before. 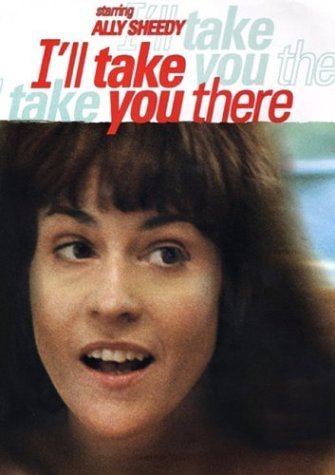