“It’s a heavy slog through hell that has a raw energy.”

Matthew Harrison (“Eureka”/”Puke”/”Wrist”)directs this no-budget indie,shot in grainy 16 mm black-and-white, in 11-days, for about $11,000. It’s a bleak story filled with cliched characters and an unpleasant glum nihilist protagonist, Simon (Jason Andrews), who tries to survive on the mean streets of the Lower East Side in Manhattan by being detached and selling bootleg music tapes of underground heavy metal groups taken at the neighborhood rock clubs. Since arriving from the Long Island suburbs Simon thinks he found his home in this grimy environment, where he lives in a bare apartment with only a mattress on the floor, a cat, gated windows and thin walls that pick up all the ugly sounds of his violent neighborhood. He has the respect of colorful local hanger-on low-lifes, Shayme (Sean Hagerty) and Fuller (Kevin Corrigan); he has the love from a woman named Cyd (Kimberly Flynn), who hates herself for giving herself so freely to someone who doesn’t return her love; he has the unquestioned love from a hometown girl named Marti (Eddie Daniels), who was in the same mental institution as his recently deceased mom and has pretensions she’s a poet and his lover. His greatest worry is that he must dodge the goons from the tunes he steals, who are out to make sure he stops stealing their music by beating him senseless.

It’s a heavy slog through hell that has a raw energy, but a trite and tiresome story that can’t be redeemed by its seedy eccentric characters and their endless inarticulate street chatter and an unromantic love story of a girl who tries to be Simon’s savior and make him forget all the bitterness he still has for his unstable mother. In the end, it only works if you can get off on the grungy rock atmosphere captured.

It won the Jury Award at the Sundance Film Festival. 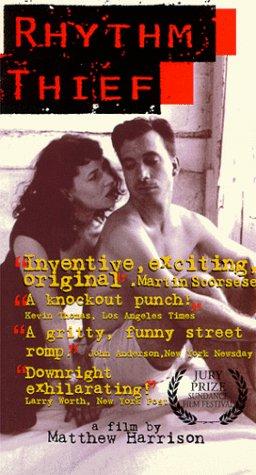