REFLECTIONS IN A GOLDEN EYE

“The surprise murder tops off the nutty story with a real bang.”

This lurid Southern gay-themed film noir melodrama is directed by John Huston and based on the twisted 1941 novel by Carson McCullers. The screenplay is by Chapman Mortimer and Gladys Hill. It’s set at an unnamed Georgia Army fort (shot in Rome) during peacetime (probably sometime in the late 1940s). The gothic scenario involves the loveless marriage between the sophisticated and smug Major Weldon Penderton (Marlon Brando), a repressed homosexual, and his adulterous ditsy wife Leonora (Elizabeth Taylor), the spoiled daughter of the fort’s former commander. Living next door on the military post is another couple — Colonel Morris Langdon (Brian Keith) and his daffy wife Alison (Julie Harris). After Alison lost her child in labor a few years ago, she cut off her nipples with garden shears and all hubby could say is that she’s neurotic. The fragile Alison is attended to by her unusually loyal eunuch-like cuddly Filipino houseboy Anacleto (Zorro David), who is not merely her servant, confidant, substitute son, sole companion and most influential source of culture–but will do whatever she desires. Anacleto does an outrageous theatrical queenie routine, but his selfless character is in sharp contrast to the others who only have selfish motivations (David’s performance was a hoot!). All the main characters are moody brooders, egotists, and unhappy souls plagued with varying degrees of psychological issues.

The film opens with a quote from Carson McCullers: “There is a fort in the South where a few years ago a murder was committed.” The murder is almost forgotten about until the conclusion, when the surprise murder tops off the nutty story with a real bang. Most of the film is about the Major reconciled that he’s impotent and that his wife is doing it with his best friend and fellow officer Morris. Leonora knows how to get under his skin and rides him constantly about his inability to perform, which keeps the vain man in line. The self-absorbed scatterbrained woman is not only interested in sensual things, but in throwing elegant parties, lowbrow humor, status and riding her favorite white stallion Firebird. Leonora goes for regular rides with the Colonel, who envisions himself a natural leader and macho man–looking askance on classical music and culture as something only for the weak. The Colonel’s excellent horsemanship is in sharp contrast with her hubby’s inferior horsemanship, as good horsemanship is equated with being good in the sack.

Taking care of Leonora’s horse is Pvt. Williams (Robert Forster), an excellent horseman, who in one of the film’s most renown scenes rides naked on horseback in the woods. It turns out that the handsome recruit is a virgin, a loner, not given easily to conversation and is a stalker. He stealthily enters Leonora’s bedroom, where she sleeps alone, and spends the night sniffing and fondling her nightie while she sleeps. The major doesn’t know this and in the meantime has developed an obsessive attraction for Williams, whom he thinks is leading him on. When stalking Williams, he picks up the Baby Ruth wrapper discarded by the private and lovingly shapes it into a penis and fondles it when back in his military house.

The film marches on the dark side of human nature, telling a strange story about lust and perversion that might please as many as it displeases. There’s even a suggestion of S&M, as Brando gets flogged in the kisser by Liz in front of house-guests for flogging her horse after an unauthorized ride. He seems to get more pleasure from this beating than anything else he does (bully enlisted men and listlessly teach a class in military history). I found it highly entertaining in a campy way and thought all the performances were strong, but Brando’s overbearing tortured one was commandingly brilliant despite being slightly ruined by a Southern accent that was almost incoherent due to his mumbling. Brando’s role was meant for Liz’s best friend Montgomery Clift and I have no doubt he would have been better suited for that role (it was the kind of sensitive part he was known for), but the delicate Clift was in poor health and died of a heart attack just as filming began.

Huston does a fine job drawing out depth from his characters and showing how the dull routine of army base life (endless card games, social drinking, and gossipy conversations) during the Dog Days of summer plays out against the bizarre interrelationships that develop out of boredom. The uncanny director also uses his quirky sense of humor to keep things darkly humorous when it could have easily turned risible. Despite the convoluted plotline, its unpleasant claustrophobic setting and the dreariness of the characters, this was a fun film if you somehow could dig all these weirdos acting out their inner turmoil. It’s a top-of-the line Hollywood pulp-like drama, with a literate script and an intelligent story no matter how bizarre it seems.

I understand the original version was shot in experimental gold-tinted hues, which was at first applauded by critics as an arty innovative measure. But the video release is in the usual Technicolor, as that gimmicky aesthetic attempt ran into disfavor. 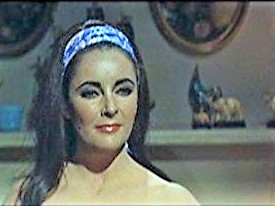 CRY OF THE WEREWOLF