“The director shows off his technical skills and a sick humor.”

The directorial debut of British screenwriter Philip Ridley(“Heartless”/”The Passion of Darkly Noon”) has all the characters as perverse and the pessimistic situations straining for any normalcy. The director shows off his technical skills and a sick humor. The children’s book writer previously wrote the script for The Krays. The film was shot in Canada. This vampire movie has designs for something bigger. Critics often compared this film to David Lynch’s Blue Velvet, as both filmmakers are viewed as making weird films.

It is set in the 1950s and centers around a confused eight-year-old child, Seth Dove (Jeremy Cooper), living in an Idaho farming community. The kid has fantasies on a reclusive British widow, Dolphin Blue (Lindsay Duncan), whose rube hubby hung himself after a week of marriage. Dolphin is having a relationship with Seth’s military hero- brother Cameron Dove (Viggo Mortensen), who is currently serving at an atomic-testing mission site in the Pacific. Cameron is on leave for his father’s funeral. The kid has an urgent need to play sadistic practical jokes on Dolphin, believing she’s a vampire who is after his brother’s blood. He never stops persecuting her until she dies. The kid got the vampire angle from glancing at the pulp fiction books his dad leaves around the house.

It might be pretentious drama to some (the Freudian symbolism was a bore) and some of the minor characters are too absurdly drawn to have relevance, but I found the ‘life as a nightmare’ drama compellingly twisted and sharply observed. 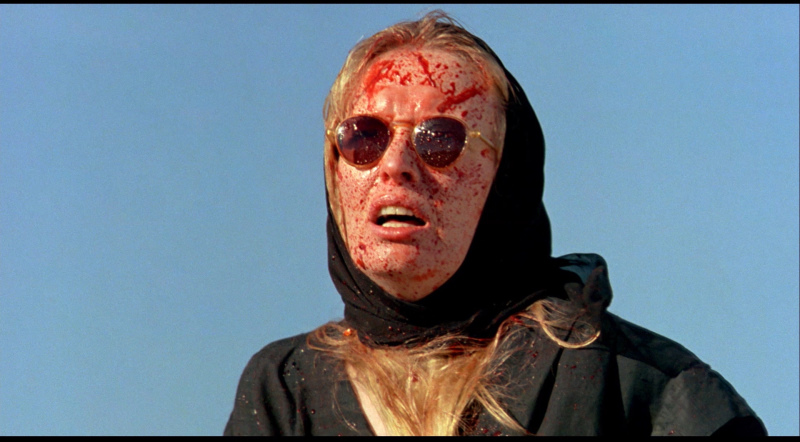