“Over-simplified, lackluster and cliche-ridden coming-of-age romantic drama that’s based on the 1915 novel by D. H. Lawrence.”

Ken Russell’(“Altered States”/”The Music Lovers”/”Gothic”) second interpretation of a Lawrence novel, after Women in Love, is an over-simplified, lackluster and cliche-ridden coming-of-age romantic drama that’s based on the 1915 novel by D. H. Lawrence. It’s co-written by Russell and his wife Vivian. The pic relates how in the strict bourgeois class setting of British society in the early 1900s it was difficult to become what was not expected from birth, and to escape one’s fate would take a revolutionary act. It follows the path of teen school-girl, the spirited, independent minded and bright Ursula Brangwen (Sammi Davis), the daughter of Anna (Glenda Jackson) and her artisan woodcarver father Will (Christopher Gable).

The Midlands dwelling Ursula engages in a conventional on-and-off again romance with dashing young engineering soldier Lt. Anton Skrebensky (Paul McGann), introduced to her by her wealthy industrialist uncle (David Hemmings). Anton sees the pretty Ursula as his obedient trophy wife, and wishes to marry her and take her with him on his next assignment in India.

Ursula instead chooses to be a teacher, and unwinds from her restricted upbringing with a free sexual relationship with the school’s unconventional swimming teacher Winifred (Amanda Donohoe). Winifred warns her “The best you’ll ever get from a man is passion,” and not even that will last.” The school is run by the despotic headmaster Harby (Jim Carter), who sets a sexually repressive atmosphere that becomes unbearable for the feisty Ursula.

Though lavishly photographed and well-acted by Sammi Davis, it’s watchable but duller than it should be for a D. H. Lawrence work. 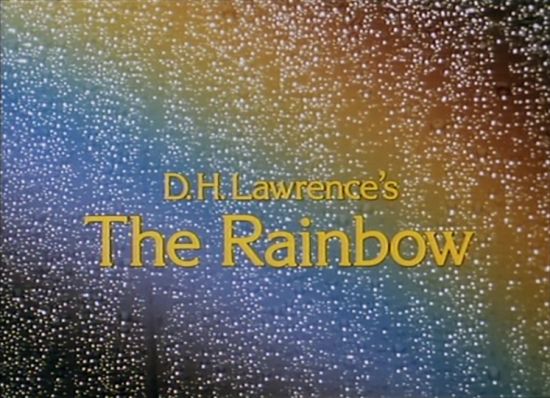