“It’s a wonderfully realized film, one of Woody’s best, that has slipped under the radar.”

Woody Allen (“Sweet and Lowdown”/”Whatever Works”/”Annie Hall”) writes and directs a pleasing autobiographical nostalgic homage to the golden age of radio (from the mid-30’s through the mid-40’s), that consists of a number of funny and moving vignettes and shuns plot or any emotional complexities for a cartoonish sense of comic relief. It’s set in Far Rockaway (a middle-class beach community located in the outskirts of New York City) during the outbreak of World War II until 1944, and swings back and forth between glamorous Manhattan and where the real folks live in the not so glamorous Rockaways.

As it was with many Americans in 1942, the radio is central to the lives of the featured underachieving ordinary Jewish middle-class family who live together with an extended family in a bungalow. Woody’s adolescent alter ego is a redhead named Joe (Seth Green). He’s a curious elementary school and Hebrew school student who is a devoted follower of the Lone Ranger show and the heroic Masked Avenger (Wallace Shawn) radio serial and a big fan of many radio shows. His cab driver father is played by Michael Tucker and his caring mom is played by Julie Kavner, a couple who fight over little things and both are ashamed that he’s only a cab driver. They believe their son is wasting his time listening so much to the radio, and to encourage him to forget about the radio and concentrate on schoolwork they tell him not to pay attention that they listen to the radio because ”Our lives are ruined anyway.” Also living in the house is desperate but always optimistic man-hunting spinster, Aunt Bea (Dianne Wiest), who always meets Mr. Wrong and enjoys the pop music on the radio; genial Uncle Abe (Josh Mostel) enjoys inspirational sports shows and Aunt Ceil (Renee Lippin) enjoys a ventriloquist show. Also at home are radio lovers Cousin Ruthie (Joy Newman) and Joe’s grandparents (William Magerman & Leah Carrey).

Mia Farrow plays an ambitious bimbo Stork Club cigarette girl with poor diction, who magically becomes a star when she transforms her life and ends up with her own hit radio show as a glamorous Broadway gossip columnist.

Woody mentioned in an interview how he got the idea for Radio Days: “It originated from an idea that I wanted to pick out a group of songs that were meaningful to me, and each one of those songs suggested a memory. Then this idea started to evolve: how important radio was to me when I was growing up, and how important and glamorous it seemed to everyone.” There are 43 songs used in the film, and that becomes the film’s main treat. Diane Keaton has a cameo as a band vocalist who sings (in her own voice) the Cole Porter classic: You’d Be So Nice To Come Home To.

It’s a wonderfully realized film, one of Woody’s best, that has slipped under the radar. It’s filled with a rich supply of details such as to place, time and character, that might lack the bite of some of his better films but fully captures the spirit of the times and how important the radio was in keeping those on the fringes of society in contact with the important events in the world. 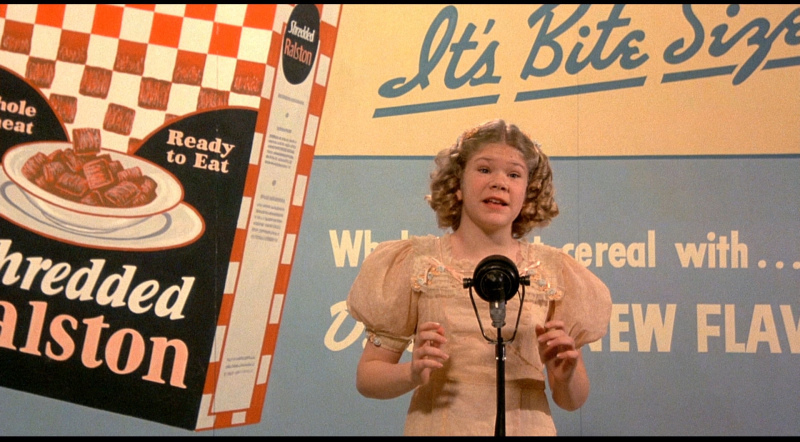