“A nasty formula action film about a drug smuggling scheme in the Pacific Northwest.”

A nasty formula action film about a drug smuggling scheme in the Pacific Northwest. It’s good on the bloody violence part and dreary on the story part. Clay Borris(“Killer”/”The Gunfighter”/”Someone to Die For“) directs and Susan Vercellino writes the screenplay with Borris.

Plain-clothes NYC cop Joe Dylanne (James Remar) is tough, unconventional and street-smart, and rides to work in his motorcycle. Katy (Daphne Ashbrook) is an old flame who lives in a pot growing community in the Northwest called Babylon and works in a garden store. She calls and urgently asks for his help. Joe travels to the remote location to investigate the disappearance of her relatives. We soon find out that most of her relatives were killed in cold blood. The only survivor is the teenager Joshua (Adam Coleman Howard), He tells Joe the killers are marijuana growers. Thereby the two team up to go after the killers. As expected, there’s plenty of gun-play, explosions and other gory death scenes. The search for the killers is hindered by a crooked lawman (Jared Martin). As the killings mount up, Joe realizes he will have to take out the entire gang to get out of this mess alive.

The impressive theme song “Quiet Cool” was written and sung by Joe Lamont. The unimpressive music is by Jay Ferguson of Spirit. 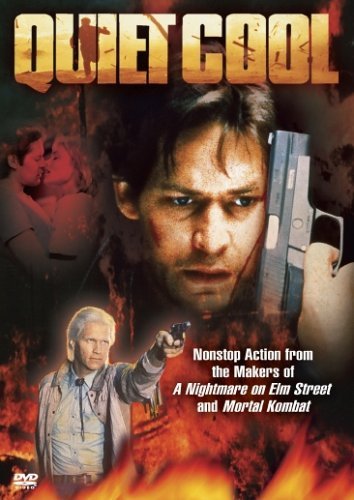