“In trying so hard to be so deep, the film dug a shallow grave for itself.”

The terrain for this heavy-handed religious parable is a rural South African township of dusty roads where mostly impoverished black villagers reside. It’s the new South Africa of integration and self-examination after all the country’s changes. This bleak arthouse film is about a mysterious Irish drifter who the police are looking for and who is only known as the Man (Lynch). He gets a ride with a Baptist minister, Reverend Niemand (Valcke), and after they have breakfast they stop to rest in an isolated spot by a quarry. The Reverend tells him he is taking over a new ministry and then tries to fondle the laconic traveler who committed some kind of crime we are never told about. The homosexual gesture results in a momentary anger, where the Man accidentally kills the Reverend and then decides to steal his identity.

A young black local named Valentine (Petersen) robs the van that is parked outside the phony minister’s new residence, and Valentine is joined by another small-time thief named Small (Abrahams) in looking over their loot. They soon realize the new minister is a phony, as they find some bloody clothes and the wallet and picture of the murdered reverend. They decide to only keep the frock and burn all the identity papers, as they get high and have a good laugh at what they did.

The Man reports the van theft to the police, who get busy tracking them down. He could barely speak and seems thunderstruck with the new responsibility he has of running a church for his poor parishioners, and becomes fond of reading scripture to his flock. But when alone he suffers from his guilt. He could hardly relate to his housekeeper, a black woman, known only as the Woman (Esau). She’s having an affair with the white police captain, who loves his motorcycle more than he does her.

When the police surround the two thieves, Small escapes but Valentine is caught.

In his jail cell, the police beat it out of Valentine that he hangs out with Small by the quarry. When the police go there, they nab Small trying to destroy the marijuana plants the partners grow. They also find an unidentified body, which they never investigate to see who it is. The racist captain instead pins the murder on the two petty thieves without checking out the evidence.

The film is filled with symbolism, as it seems every gesture made is meant to hold some deep meaning. In trying so hard to be so deep, the film dug a shallow grave for itself. It sinks from pretentiousness and from being so dull. It’s only mildly watchable as a look, dishonest as it may be, at a changing South Africa. It took a tried and proven Hollywood formula story of stealing an identity and made it into a contrived film. There were only archetypal characters presented and the story was forced, as every character was a symbol for some biblical figure. The story was loaded with gross religious symbols that ranged from the church being burned down to the fallen minister and the Lynch characterization that tried to redeem himself and find the true meaning of religion. The only thing this film found, was how lost it could get in a quarry. 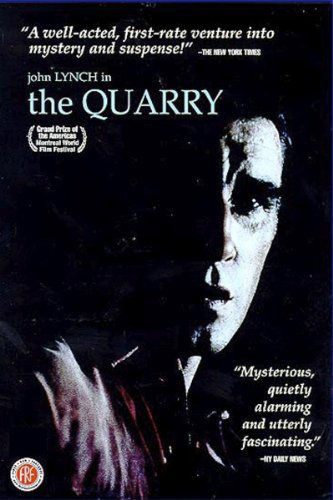