Director-writer Peter Keir’s Psycho Santa is a horror Christmas tale in the same nature as Silent Night, Deadly Night. It’s about a deranged serial killer dressed as Santa Claus. If the film’s aim was to be revolting, then it succeeded. It’s entertainment for those who get excited about senseless killings and are not too concerned about a lifeless story. The film is held down by too many slow-moving scenes and long takes over uninteresting episodes that add nothing to the plot, such as the lengths it takes in showing a simple house break-in. Though to its credit there were flashes of sly humor that registered throughout, such as one of the characters having a go at the slogan “only you can prevent forest fires.” His comment: “that puts a lot of pressure on me because most fires are caused by lightning.”

Ron and his wife Jess are going by car to a couple’s Christmas party in the country and the reluctant partygoer tells his wife a scary backwoods tale about a serial-killer Santa still on the loose in these parts of the country. The first victims were two females in a secluded country house attending a Christmas slumber party given by their female friend, whose body parts were found in the Christmas presents under the tree. Probably to save expenses the film only showed the two guests getting the slasher treatment. Ron mentions the psycho was caught and placed in an mental institution, but when the loony bin burned down he was thought to have died but escaped though badly burned to his parent’s home. Rather than return him to the institution they nursed and kept him locked in a room for 11 years in secret, until he got loose when burglars mistakenly opened his door. Ron skips to last year in his storytelling, when Santa slashed the throat of a pot smoker in the woods and then went on a rampage killing a young boy and his mother in a secluded house. During that murder Santa stops only when he hears Silent Night played on the piano, as that brings back pleasant childhood memories of his favorite music box tune. The last tale Ron tells his uninformed wife is when Josh and his sister Alice went to the country to buy a Christmas tree and their car conked out, and they were confronted in the woods by Santa but were fortunate to escape. The film comes to a sudden ending as Ron stops the car at night in the eerie wooded area at his wife’s request to check if the presents are in the trunk. This unresolved ending calls for a sequel to clear things up. If there’s a growing market for el cheapo indie films with questionable taste and sketchy stories and not ready for prime time acting, then why not a sequel–if that’s indeed why the film ended without being resolved.

This was part of a double feature DVD with Satan Claus. 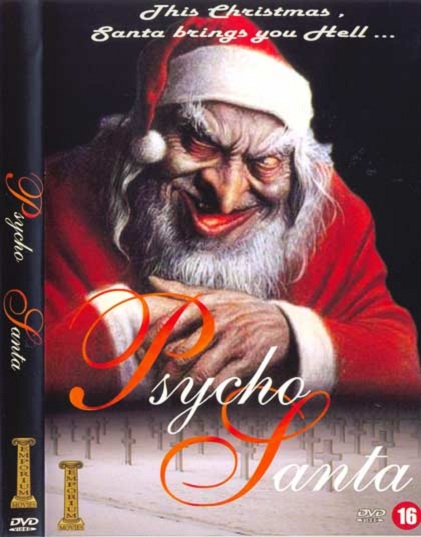