A menacing primal but uneven and pretentious Australian western reminiscent of Sergio Leone and Sam Peckinpah at their most misanthropic. It’s directed by John Hillcoat (“Ghosts… of the Civil Dead”) and written by rock musician Nick Cave.

It’s set in the 1880s in some remote town in the Australian outback, where English lawman Captain Morris Stanley (Ray Winstone) was recruited by prissy town chief Eden Fletcher (David Wenham) to clean up the lawlessness. The Captain captures Charlie (Guy Pearce) and his simpleton younger teenage brother Mikey Burns (Richard Wilson), who along with their most dangerous brother Arthur (Danny Huston, son of John Huston) killed a popular frontier ranch family and raped the pregnant lady of the house. The Buddha-like psychopath Arthur, at times given to reciting poetry, called “dog fella” by the natives, is still on the loose and is the one the Captain wants badly, and makes a risky proposition to Charlie: If he kills his older brother by Christmas, which is nine days away, he and Mikey will be spared from hanging. The Captain points out where Arthur is hiding in the outback and sends the rotten-toothed Clint Eastwood scruffy bearded lookalike on his way to fend for himself among the spear chucking Aborigines. The Captain stays home and fawns over his sophisticated English wife Martha (Emily Watson), a friend of the lady victim, but things go wrong when his unreliable second in command, Sergeant Lawrence (Robert Morgan), blabs about the proposition, and the Captain squirms and sweats a lot as his prisoner is given a bloody flogging as ordered by a pissed off Fletcher. A man with flies all over his back watches with other onlookers, who can’t watch anymore when the bloody Mikey keels over after only 38 of the 100 lashes are administered. The outlaw brothers somehow sense that Mikey is in trouble when they butcher the thuggish lawmen the Captain sends into their hilly cave area after them and they come down from the hills with their feral Irish gang to discover a dead Mikey and the conflicted Captain, who veers from being a brute at work to a domestic softie at home, and his elegant corseted wife feasting on a sumptuous Christmas dinner as the mismatched couple are trying to make their rocky marriage work.

There’s gorgeous shots of a red sunset, lots of Irish blarney thrown in to add charm to the Burns gang and enough guts spilled to sate a vulture, but not enough reasons to explain away all the graphic violence. It’s well-acted and has a great premise, but doesn’t add up to beans. John Hurt has a cameo as a grizzly drunken bounty hunter, who stays around long enough to give us a bizarre lecture on Darwin’s theory of evolution. 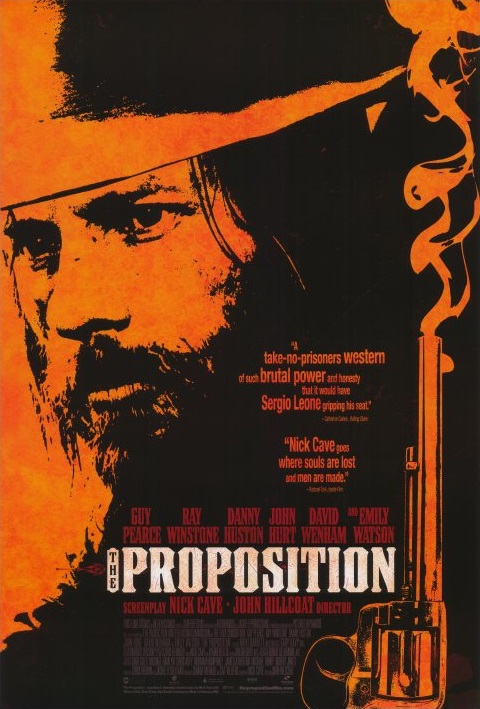 A KIND OF LOVING