Dull crime drama directed by Michael Curtiz (“White Christmas”/”The Egyptian”/”The Man in the Net”). It’s based on the story by Raoul Whitfield and the screenplay is by Rian James. The film should interest only Curtiz and William Powell fans.

Following orders for his undercover assignment in France, patriotic career United States State Department diplomat Donald Free (William Powell) steals French state papers and is deported. Free is canned from his government job (that can’t afford to acknowledge he was working for them), and because he can’t get references he can’t get work and hits the skids. Free reluctantly forms a partnership with the inept and corrupt Dan Hogan (Arthur Hohl), who runs the Peerless Detective Agency in Manhattan. Business booms when gambling gangster Tony Bandor (Gordon Westcott) secretly backs the agency in a deal with Hogan that the ethical Free doesn’t know about. Bandor has lost close to $50,000 in roulette at his club to society woman Janet Reynolds (Margaret Lindsay), and before paying up wants Hogan to frame her for some scandal so she won’t be able to collect her winnings. The inept Hogan assigns the smooth Free to get the dope on Janet, but things backfire when Free falls in love with the vulnerable loner Janet. When a friend of Janet’s recognizes Free as a shamus, he decides to quit the agency. The heartbroken Janet decides to sail to Europe and wants her winnings, but Hogan devices a plan with Bandor whereby they fill her gun with blanks and make believe she kills the gambler after he comes on to her sexually.

When the distraught Janet leaves the crime scene, Hogan double-crosses Bandor as he has his nervous detective worker Whitey (James Bell) plug Bandor and steal the money. When Free gets wind of this, he investigates and sets things as right as rain. 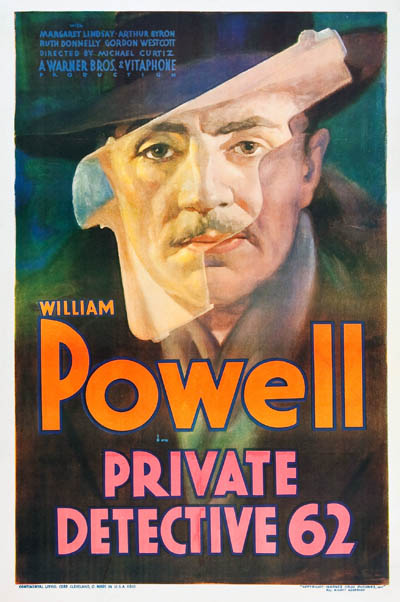